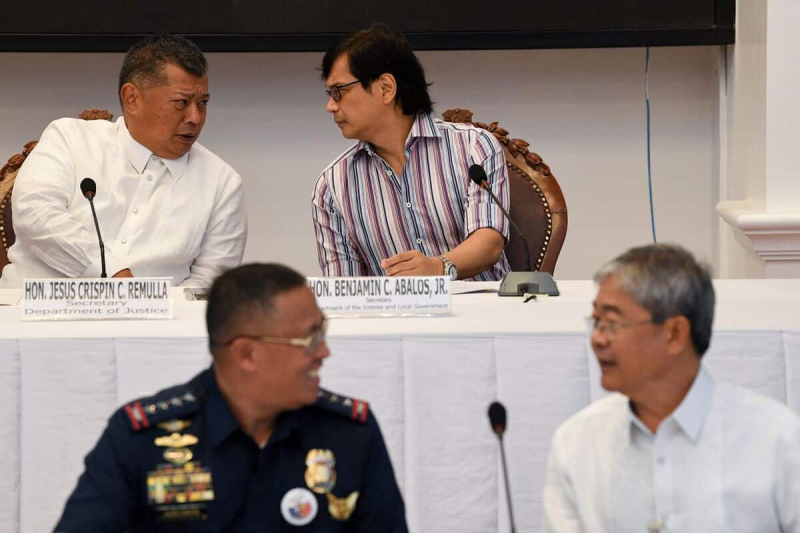 Philippine police on Monday accused the country's director of prisons of ordering the killing of a prominent radio journalist, whose death has sparked international concern.

Percival Mabasa, 63, who called himself 'Percy Lapid' on his show, was shot dead in suburban Manila on October 3 while on his way to his studio.

Police have filed murder charges against the Director General of Corrections, Gerald Bantag, currently suspended from duty, and his security assistant, Ricardo Zulueta.

“He (Mr. Bantag) will probably be the most senior official in this country ever charged in a case of this gravity,” underlined the Minister of Justice Jesus Crispin Remulla.

Mr. Bantag allegedly ordered Mr. Mabasa's murder following “the latter's continued exposure of the issues against the former on his show”, Eugene Javier of the National Bureau of Investigation told reporters, reading a statement.

M. Bantag and Mr. Zulueta are also accused of ordering the murder of Cristito Villamor Palana, one of the detainees who allegedly conveyed the execution order to Mr. Escorial.

Mr. Escorial had identified Mr. Palana to the police. According to Mr Javier, Mr Palana was suffocated with a plastic bag by members of his own gang.

Criminal complaints have also been filed against 10 detainees. Justice Department prosecutors will decide if there is enough evidence to go to court.

Percival Mabasa was an outspoken critic of former President Rodrigo Duterte as well as the politics and aides of his successor Ferdinand Marcos.

He had also pointed the finger at 'red marking' – accusing someone of being a communist sympathizer – as well as online gambling operations and disinformation around martial law.

He is the second journalist killed since Mr. Marcos took office on June 30.

Jonathan De Santos, president of the National Union of Journalists of the Philippines (NUJP), hails the filing of complaints as a “good development”, but warns that there is still a long way to go.

“ As we have seen, it takes a decade or more to get a conviction,” Mr. De Santos told AFP. “It's only the beginning, but it's very good news for us that someone has been named and that the investigation of the case begins.”

For his part, Percival Mabasa's brother Roy thinks there were 'other masterminds behind Bantag'.

While the Philippines is ranked as one of the most dangerous countries in the world for journalists , such murders rarely occur in Manila.

Mr. Javier said that the investigation into these murders revealed “the institutionalization of a criminal organization within the government”.

This case will prompt “many reforms within the government and the strengthening of current mechanisms to ensure that nothing of this nature will happen again”, he assured, referring to a “war against impunity”.