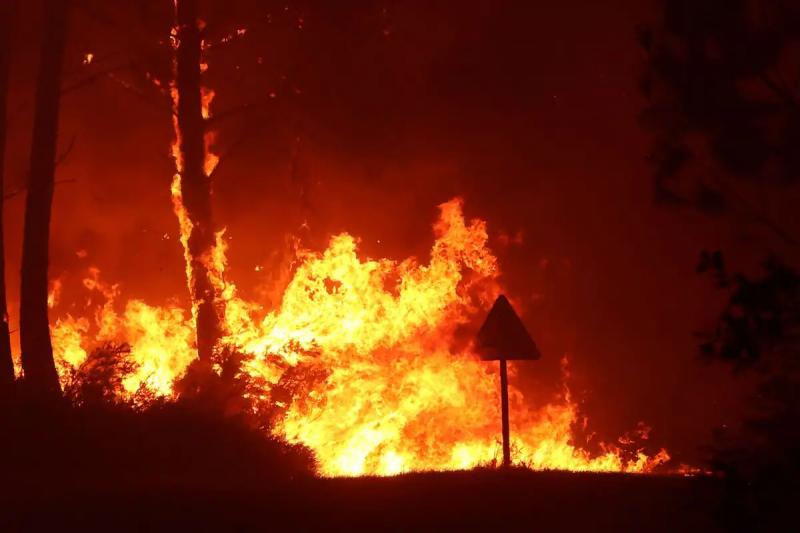 HOSTENS | Several European countries will send reinforcements to help French firefighters who were fighting Thursday against several fires ravaging forests parched by heat waves and a historic drought, including a gigantic fire in the south-west of the country.

Thursday morning, several fires were raging in France: in Gironde (south-west), in the Jura (east), Drôme, Aveyron and Lozère (south-east)… Without count countless smaller fire starts every day from north to south.

Faced with these fires, France called for help and several European countries announced the dispatch of reinforcements. “Germany, Greece, Poland, and in the next few hours Romania and Austria: our partners are coming to the aid of France in the face of the fires”, rejoiced, in a tweet, President Emmanuel Macron. “Thanks to them. European solidarity is at work!”, he added.

In addition, four planes from the European Union's firefighting fleet have been sent to France from Greece and Sweden, the Commission said. Poland has announced that it will send 146 firefighters from Thursday to help in the south, from Friday noon according to the French presidency. Germany is sending 64 firefighters and 24 vehicles planned for Thursday evening.

On the ground, resources have already been reinforced with “more than 1,000 firefighters, 9 planes and two bomber helicopters from water”, announced Wednesday the Minister of the Interior, Gérald Darmanin, who also suspects an act of arsonists in the Southwest.

It is precisely in the department of Gironde, in the south-west of the country, that the fire is the most spectacular: 6,800 hectares have been devastated since Tuesday, according to a latest report, a month after the monster fire which had 14,000 hectares have already been blackened.

A total of 10,000 people have been evacuated, including 2,000 to the neighboring Landes department, for the second time for some.

Anxious to show the mobilization of the government, Prime Minister Elisabeth Borne, and her Minister of the Interior were Thursday in Gironde, in Hostens.

Thursday morning, a veil of dark smoke covered part of the sky towards the south-west, where the fires progressed during the night, noted AFP journalists.

As the region saw its second fire in a month, several evacuated homes displayed banners with the words “thank you for our homes”, “thank you firefighters”, painted on white sheets.

“It's like California, it's gigantic … yet there is a culture of forest fire” locally, told AFP, eyes circled, Rémy Lahay, professional firefighter for 20 years. “But here we are being overwhelmed from everywhere”.

The drought that rages in the region and the scorching temperatures, combined with very dry air, still create a “very serious risk of outbreak of fire », According to the prefecture.

In all, more than 40,000 hectares have burned this year in France according to the government, or rather 50,000 hectares according to European satellite data: this is in any case several times the annual average of the previous 15 years, as in Spain, while summer is not over.

And rain is not expected before Sunday in France.

In central Portugal, the same desolation: more than 1 500 firefighters were mobilized on Thursday to put out a forest fire that has been ravaging the Serra da Estrela natural park for several days, destroying some 10,000 hectares, according to European data.

One of the most scientifically verified effects of climate change is that heat waves will multiply, lengthen and intensify.

Scientists estimate that in Europe the number of deaths related heat stress could double or even triple depending on the extent of global warming over the course of the century.

The current heat wave in France began on July 31 and is the third of the year, after those end of June and mid-July. Added to this is a month of July classified as the driest month since March 1961.

Eighteen departments, from the South-West to the tip of Brittany, were on Thursday morning in orange vigilance , the level of alert where the inhabitants must be “very vigilant”. The upper level, red, has not yet been activated as in mid-July.

Thursday it will be between 35 and 39 degrees in the southwest, according to the forecaster Météo-France, with locally peaks at 40 degrees Celsius on the coast, but the rest of the country will not be spared, with 31 to 36 degrees.