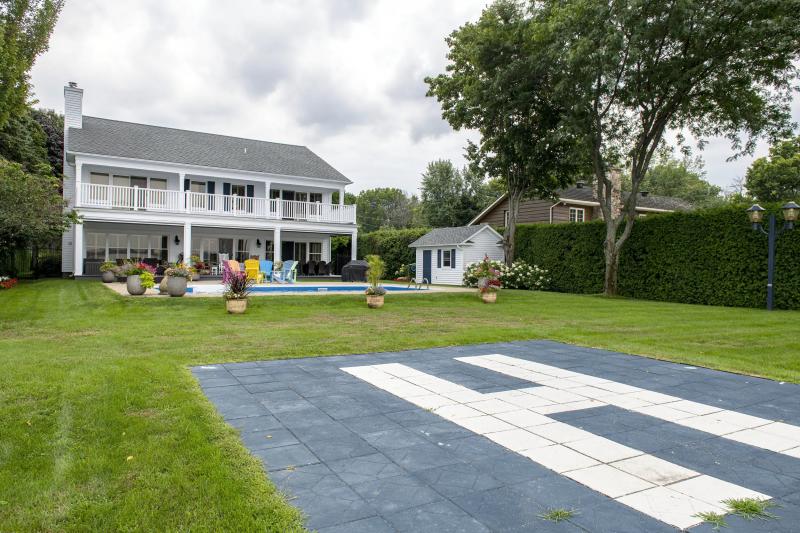 The simple but spacious house that Guy Lafleur and his wife have lived in for the past two decades, northwest of Montreal, will be available next week, for $2.5 million.

It's more than 26 years of memories that Lise Lafleur resigns herself to leaving by announcing the sale of her family residence, located place du Moulin, on Île Bizard.

“I hope it will sell out quickly. I find it very, very difficult. I see Guy everywhere,” breathes Ms. Lafleur with difficulty.

The latter says she feels isolated from her loved ones, alone in the large white “Plantation”-style house. She and her husband were inspired by a property visited during a trip to a cotton plantation in Mississippi, United States, for the construction of their home.

Yesterday, when Mrs. Lafleur, accompanied by her son Martin, opened the doors of the residence to representatives of Journal, it had been four months to the day that the legend of the Canadian had passed away, at the age of 70, following lung cancer.

“I’m going one day at a time. I am in withdrawal from Guy and from my life before. It's a new life, but I have no bearings. I'm floundering right now, she imagines. I need to change town. Everything reminds me of my old life.”

The 72-year-old lady is categorical: Guy's death is the one and only reason why she wants to get rid of her “cottage house” on the shores of Lac des Deux Montagnes.

According to his wife, the former number 10 of the CH adored this residence built in 1996, sober and modest as the idol of the people who he was.

It is embellished with an in-ground swimming pool, and even a helipad, at the end of the land. A must, for “Flower” the helicopter pilot.

“When we built it, it was very important that he have his helipad to land, insists Ms. Lafleur. It was his real passion, as much as hockey. And Guy really liked it here. He needed moments of tranquility in his busy life.”

So it's no surprise that the many years spent inside these walls were filled with memories.

“When you're 26 in one place, you form a lot of habits. I have so many beautiful memories. Here was his haven of peace. It was calm, friends who came, life outside of hockey…”, remembers Ms. Lafleur.

“His favorite room was his office. It was half of her life,” she adds, presenting it.

Decorated with the Blond Demon's favorite souvenir frames, this room allowed her to carry out her multiple projects, including those of alcoholic beverages.

Guy Lafleur's last years were marked by illness, sad memories for his wife. 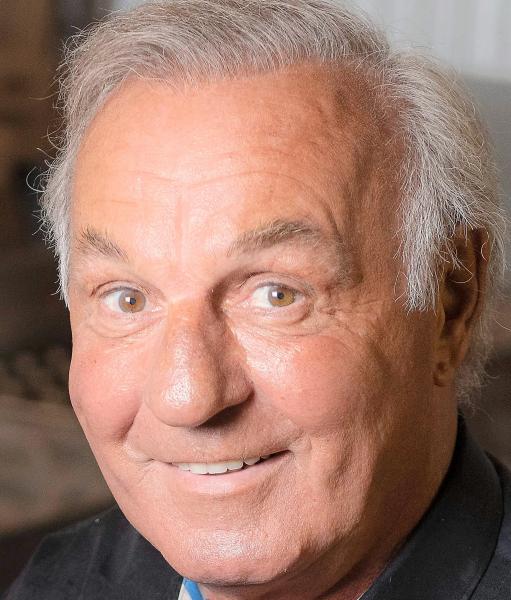 “I can still see him, at the table, with all his things for the treatments, she drops, observing the large ivory-colored dining room table, as if her “Guy” was still sitting there. It was rock'n'roll, those two years.”

“He didn't have a good quality of life with the treatments,” adds one of their sons, Martin, posted near his mother, whom he wanted to support in this new ordeal.

For his part, Martin sees his father again in these places having fun with his 4-year-old daughter.

“The two loved each other very much. At least they got to know each other,” the 47-year-old says, recalling those happier times.

In addition, the property will have the option of being purchased furnished. The legend's many frames, trophies and statues will not be included, however. But…

“If there is a special request from a buyer for one or two souvenirs, we can make arrangements,” says Martin Lafleur.

A court that received a winner of two Oscars

In addition to hosting a number of veterans of the glorious years of the Canadiens, Guy Lafleur's court was also the “landing strip” for none other than American actor and producer Michael Douglas.

The anecdote brings a smile to Lise Lafleur, when she starts talking about the helipad that was so dear to “Guy”, at the end of the courtyard, very close to Lac des Deux Montagnes.

A few years ago, the widow was busy with the landscaping of her land, when a loud noise seemed to seriously approach their property.

“Suddenly, I see a helicopter. It was a big model. I said no ! Nope ! It's not going to land here.” When it landed, all my plant pots flew. I was discouraged,” she says, with a bit of exaggeration.

Then the pilot got off the plane. In front of the stunned look of the lady, he launched: “Guy didn't call you?”

And he hadn't called her.

It was then that Ms. Lafleur learned that the helicopter had come to pick up American actor and producer Michael Douglas, winner of two Oscars, including one as a producer, and six Golden Globes.

The Hollywood star, friend, like Guy Lafleur, with entrepreneur Lawrence Stroll, had just taken part in a round of golf at a nearby club.

“The guards rushed over to pick up his suitcases. It was something,” remembers Lise Lafleur.

“It showed how Guy was. He never said no to a friend, even less if he had a helicopter,” she continues, laughing.

► Michael Douglas and his wife Catherine-Zeta-Jones acquired a property in the Laurentians in 2006.