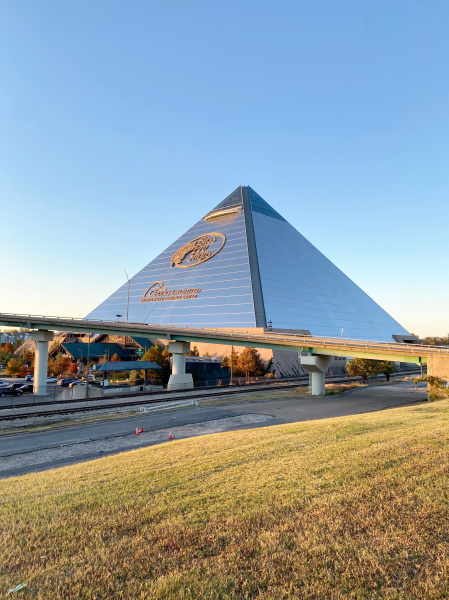 From the secrets of Elvis' life to the roots of soul music, passing through the last hours of the great Martin Luther King and the first recordings of artists destined for stardom: we go back in time with happiness in the city of Memphis, Tennessee. The proof in eight places to visit in “the birthplace of the blues”.

The streetcars, cafes, restaurants and shops with storefronts that seem straight out of a time gone by in “old Hollywood” are the charm of warm Memphis, and particularly of South Main Street. The latter is home to the Stax Museum of American Soul Music, telling the story of soul music.

The Slave Museum Haven looks back at the history of the slave trade in Tennessee.

The guided tour of this house tells the terrible story of the slave trade, then the flight of African slaves to Tennessee during the Civil War. Many slaves were aided by abolitionists who offered them safe passage through the “underground railroad.” Descending underground, in the darkness of the small room where these were hidden, is a powerful experience.

Show in one of the many bars of the musical Beale Street in the heart of Memphis.

Less crazy than the famous Broadway of Nashville, Beale Street is the most important artery of the historic district of Memphis. Its impact in the history of blues music is legendary, as greats like B.B. King, Louis Armstrong and Muddy Waters have performed there. Live music plays for free day and night at its neon-signed bars, including Home of the Blues (Blues Hall) and BB Kings Blues Club.

The immaculate living room of Elvis' home at Graceland.

An essential stopover on any trip to Memphis, we plan a good day to visit Graceland, the estate of Elvis Presley. In addition to the famous King's mansion (whose eccentric basement, the first floor with its “jungle room”, the squash court and the huge garden where his tombstone is located, can be explored, with an audio guide), you can visit the singer's private planes and the exhibition halls of the museum which are divided by themes: his life in the army, his stage costumes, his cars, his love for karate, his marriage to Priscilla and his life with his only daughter, Lisa-Marie.

The King's grave is on Elvis' grounds at Graceland.

The Lorraine Motel – site of the assassination of Martin Luther King – part of the Civil Rights Museum.

It is in the Lorraine motel (where Martin Luther King was assassinated on April 4, 1968) that the immense and fascinating National Museum of Civil Rights stands. It takes a good four hours to visit the twenty exhibits devoted to the most important periods in the history of human rights. Martin Luther's bedroom as well as the exhibition continuing in the building opposite (where the killer was) are poignant.

Sunset over Martyrs Park and the Mississippi River.

The perfect place to escape the hustle and bustle of the city and watch the sun glide over the Mississippi, behind the structure of the moving sculpture commemorating “the sacrifice of the heroes and heroines of Memphis who gave their lives to lend a hand to the victims yellow fever of 1879”.

The Sun Studio and the South Main Art District

The sign of the Sun Studio where recorded several great artists, including Elvis.

The Peabody Hotel and its duck walk

At the Elvis' tailor – Landsky Brothers – inside the legendary Peabody Hotel.

This is without a doubt one of the weirdest and funniest traditions you will witness in Memphis! The Peabody Hotel presents – free of charge, daily and to the always numerous visitors – its famous duck walk. The hotel's emblematic ducks take the elevator and parade on the red carpet, guided by the famous “duck commander”, to reach the fountain where they swim all day. You should also visit Elvis' tailor, which has its store – Landsky Brothers – in this same hotel.

In Memphis, you can also visit the Memphis Rock'n'Roll Museum, the Cotton Museum and the restaurant Charlie Vergos' Rendezvous where – as many celebrities have done before us – you taste original Memphis-style BBQ ribs. For a more sophisticated meal, head to The Beauty Shop restaurant on lively Cooper Street: a former hair salon (the one where Priscilla Presley used to go!) converted into a trendy restaurant that has kept its beauty salon chairs.

►To plan your trip to Memphis: memphistravel.co