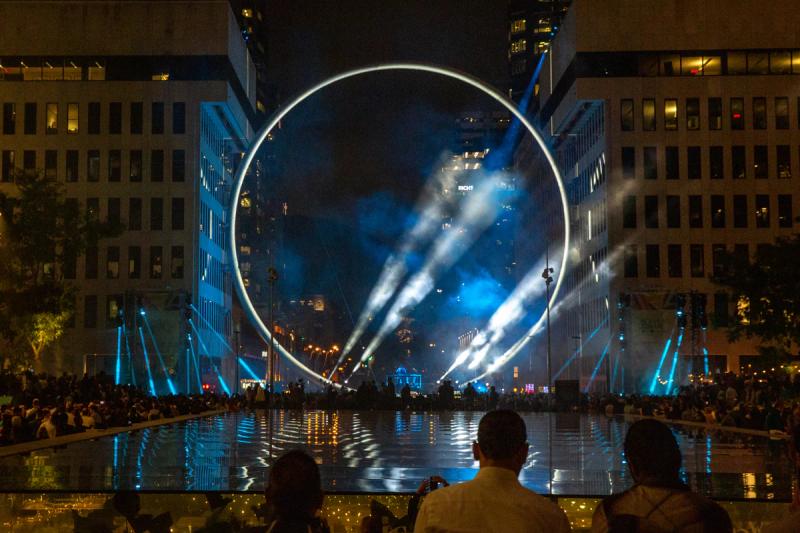 Nearly three months after its installation, the Place Ville-Marie ring was finally lit up with fanfare on Wednesday evening, with a free show presented on this esplanade in downtown Montreal.< /strong>

Hundreds of people gathered to hear the performances of the artists present on site, including the singers Sarahmée and Ariane Moffat.

The evening also marked the 60th anniversary of Place Ville-Marie, which opened its doors to the public on September 13, 1962.< /p>

The giant ring of Place Ville-Marie, 30 meters in diameter, was hoisted and installed above the esplanade last June . The work, commissioned by Ivanhoé Cambridge from the firm Claude Cormier + Associés, cost $5 million. About a third of this amount was paid for by the Government of Quebec's Strategic Asset Maintenance Fund.