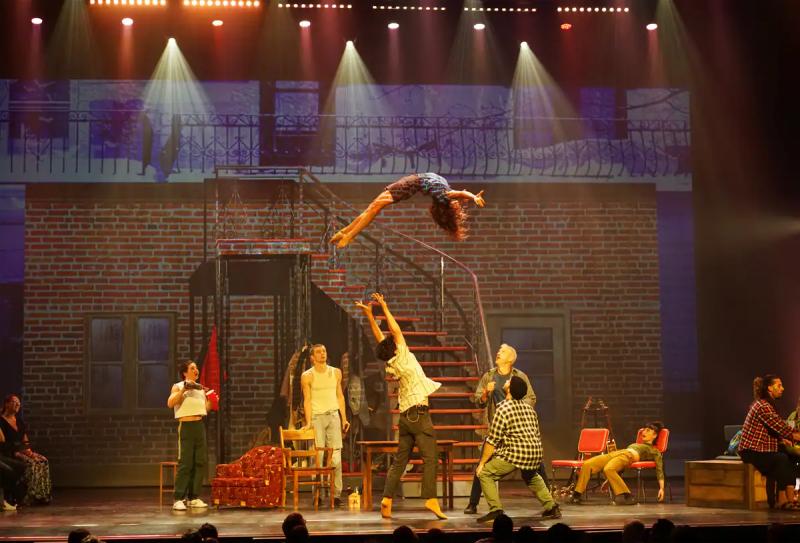 The circus troupe Les 7 Doigts played the serenade in Montreal on Wednesday evening at the new Studio-Cabaret of Espace St-Denis, which now occupies the place of the second room of the Théâtre St-Denis.< /strong>

Signed by Shana Carroll, co-founder and artistic director of the collective, the piece Mon Île, mon cœur recounts Montreal with tenderness through the eyes of the newcomer, in this case Pablo Pramparo. The latter arrives in the city under the snowflakes and the bitter cold to find his sweet Marie-Christine (M-C).

With Didier Lucien as master of ceremonies, the ten artists on stage play, sing, dance, play instruments, but above all transport the public on a four-season journey through the island of Montreal and its symbols; from its cafes – the scene of a juggling act with muffins and baguettes – to the metro cars – in the guise of a Chinese mast act –, passing through its alleys and its festivals.

In all, about ten acrobatic scenes, specific to the style of the troupe, in which were sung The answering machine of the Colocs and I lost My Babyby Jean Leloup, were presented with dynamism, humor and poetry by the 7 Doigts in front of a conquered crowd.

The walls of the Studio- cabaret, covered with screens, dressed the theatrical and musical circus show, of which Yves Aucoin (Cirque du Soleil, Céline Dion) signs the visual invoice. On the main stage, an outside staircase – typical in Montreal – bent in wrought iron, serves both as the decor, the atmosphere and the acrobatics of the multidisciplinary artists who also walk around in the crowd and on the balconies.

On the floor, small circular stages have been set up, notably for the touching number of aerial fabrics and the excellent duo of trapeze artists Marie-Christine Fournier and Louis-David Simoneau.

Inspired of personal stories from the artistic director and the performers themselves, Mon Île, mon cœur is performed at the Studio-Cabaret of Espace St-Denis until September 25, then in additional until to October 16, with two presentations in English on October 1 and 6.