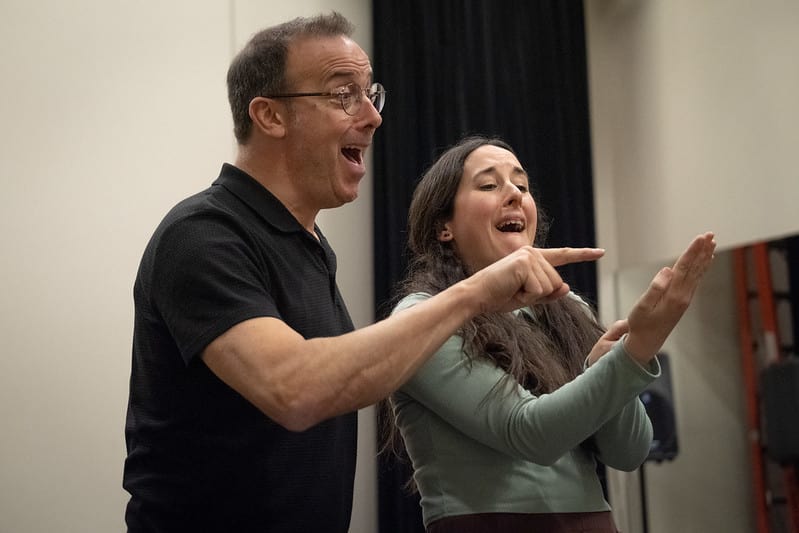 “I'm not going to go halfway, I throw myself! “says Pierre Brassard who, for the very first time, is part of the distribution of the end-of-year show Review and corrected. Presented on the boards of the Théâtre du Rideau Vert from Tuesday evening until January 7, this show is also a first work experience with the great Denise Filiatrault for the comedian who has accumulated 35 years of career.

“I expected it to be involving, but not to this extent, explains Pierre Brassard between two rehearsals of the show 20220 reviewed and corrected. It's living art, it's not a sketch for TV. It's a lot of work. We are currently practicing all the mechanics of costume changes behind the scenes. It's a stupid circus, I love it! »

This is the first time that the 56-year-old comedian and actor has taken part in this show as a participant. Because this show, he has seen it many times as a spectator. Fortunately, he can benefit from the experience of comedian Marc St-Martin, who has been part of the show for 17 years.

“To live a real first on stage, it's the first time, rejoices the member of the late comedy group Les Bleu Poudre who was very popular in the 90s. It's also very different from a Bye Bye, because it's is live, it's living art, if one gets mixed up, the other will try to save it. »

The columnist at The day (is still young) (he is there on Fridays at 1 p.m.), describes the project Review and corrected as a beautiful challenge, a < em>party and an experience that makes him feel alive. He is also pleased to have accepted the theater's invitation “rather quickly”, after having only taken a moment to think about it. The singer and actress Véronique Claveau – who often took part in this show and with whom he played in Bye Bye – also spoke to him about the imposing and long creative process behind this project.

“I dove in and realized that I like teamwork and the camaraderie that develops,” says the artist, who shares the stage with Monika Pilon, Marie-Ève ​​Sansfaçon, Benoit Paquette and Marc St. -Martin. I ventilate my condition quite easily. I listen to the comrades too and I realize that it relaxes the others. Then, having the chance to rub shoulders with Denise Filiatrault (the artistic director), I can mark that in my career. I trip a lot! »

The comedian at the helm of Can you repeat the question on Radio-Canada radio also praises the colossal work of the teams behind the curtain, both in costumes with dressers, wigs, technique and accessories.

We will see Pierre Brassard in the winter of 2023 co-hosting the documentary magazine Autonome on Télé-Québec with Simon Boulerice and Rose-Aimée T. Morin. “Without even having the basic skills, they take the road of responsible know-how,” reads the description of the show. His quest? Learn to cook in the most basic, eco-responsible and independent way in the company of an expert.

“This is not a co-host talking to the camera , rather stages and ordeals that we overcome in a chalet which is a place of reference and experimentation in front of a camera which has a documentary eye”, specifies Pierre Brassard.