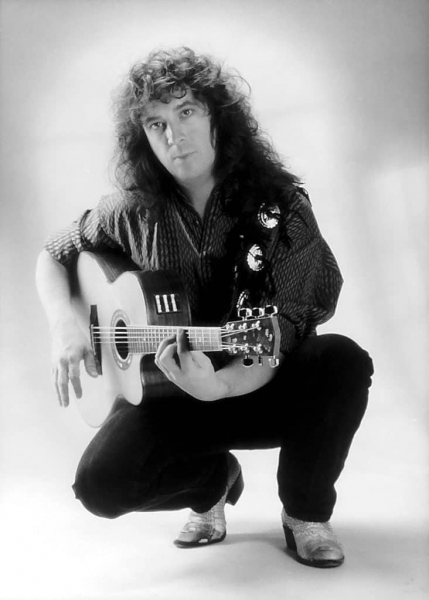 Of the ten songs found on Offenbach's album Traversion, six were composed to music by John McGale. Lyricist Pierre Huet wrote the lyrics for these six tracks.

Pierre Huet, who wrote lyrics for Beau Dommage, had heard, through an intermediary, that Gerry Boulet was looking for song lyrics following the departure, in 1974, of lyricist Pierre Harel. Huet was a fan of Offenbach.

“I wrote these lyrics in a chalet, to then go offer them, around a table, in a bar, in Offenbach. Gerry then ordered me lyrics for other songs,” he said yesterday following the death of guitarist John McGale.

“Gerry brought me sample songs. The tapes were coming one after the other,” he remarked.

J’ai l’Rock’n’Roll pis toé was the first song I worked on at from music composed by Offenbach. It was a John McGale composition,” he said.

On the demos with songs by John McGale, delivered by Gerry, the lyrics were in English.

“It was not translation. I listened to the music and phonetics of John McGale's lyrics and then wrote my own lyrics. The song Femme qui s'en va, for example, on the Funky Samba model. It had good music and my challenge was to put lyrics to it,” he said.

Pierre Huet also wrote the lyrics for Two Other Beers, Sleeping Waters and Je l'sais ben to music by John McGale. He also wrote those of Je chante comme un coyote and Bye Bye! On this disc, considered by many to be Offenbach's best.

Writing on the spot

The lyrics of eight of the ten songs that the found on Traversion d'Offenbach were written by Pierre Huet. The lyrics for these songs were written in three weeks.

“I was in the studio with the guys to complete the writing sentence by sentence. They were a little rushed with limited studio time. It was a big creative rush, ”he said.

Busy in 1979 with the beginnings of the humorous magazine Croc, where he was, with Hélène Fleury, co-founder, Pierre Huet , who also wrote for Paul Piché, continued his collaboration with Offenbach with the titles Make yourself an idea and La chat sauvage, present on the opus Tonnedebrick (1983) and Taxi Rock & Roll on Rockorama (1985). Three songs, once again, with music by John McGale.

“I also stopped because the music Offenbach offered me was less interesting”, he said.

Pierre Huet specifies that he was not a close friend of the deceased guitarist during a violent road trip, on the night of Saturday to Sunday, in Lacolle, in Montérégie.

“The guys from Beau Dommage were my friends. With John, it was a friendly relationship within a professional relationship. I wouldn't have had the instinct to call John for a beer. We wrote to each other and saw each other sometimes at events and we were happy,” he said.

Pierre Huet and John McGale met last August during the reissue of vinyl from the album Traversion.

“He asked me to write him a text inspired by his lifestyle. I had thrown him a sentence that said I feel loose in my tight jeans. He had started laughing. I went home and wrote a verse and a chorus that I sent to him,” he dropped.