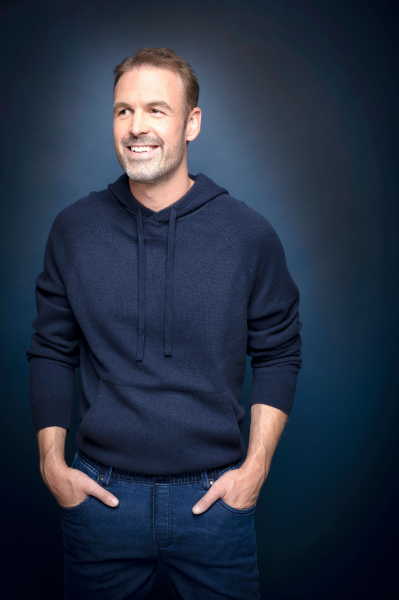 What do Laurent Paquin, Sugar Sammy, Les Denis Drolet, Jérémy Demay and François Bellefeuille have in common? They are all imitated by Pierre-Luc Pomerleau in his new show Moqueur polyglotte which he will present in the spring, learned The Diary.

“I really didn't want to be labeled as an impersonator”, says Pierre-Luc Pomerleau about his early years in comedy.

In 2019, at the Gala Les Olivier, the comedian had hit hard by imitating some of his friends, including Louis-José Houde and Simon Leblanc, raising hilarity in the room.

This strong reaction had convinced him to push further in the direction of imitation. Until then, he had deployed this talent only sparingly. “In my first show, I only imitated François Bellefeuille,” he says.

Here he announces the release of his second one-man show, Moqueur polyglotte<, for 2023. /em>, a title in reference to the famous “mockingbird” of the southern United States. “Its particularity is that it has no cry of its own,” notes Pierre-Luc. It only imitates other birds and also ambient noises. We found it interesting because it is a bit like that for me. I am able to imitate my peers quite well. »

Even if the imitations should be numerous in this new proposal, Pierre-Luc Pomerleau is determined not to present an “imitator show”. “I want to get away from that. I want impersonations to be integrated into the show. But it's still a headache at the moment”, mentions the one who is looking for a director.

It was in high school that Pierre-Luc Pomerleau realized how easy it was for him to imitate his teachers and other students. But once in the middle of humor, in the early 2010s, he decided to put the imitations aside. “I realized that the imitator, in the middle of comedians, it does not have a good press. It's like magicians! »

In this new show, which he writes with François De Grandpré and Stéphan Gouin, Pierre-Luc Pomerleau talks about seduction, cookie sheets, his training as an accountant and the fact that he is moody. “I do anecdotal, fast-paced stand-up,” he says.

With this new tour, Pierre-Luc Pomerleau hopes to gain popularity. He also wants his display of impersonation skills to be noticed by the Bye Bye team he dreams of being a part of. “It is in sight. »

► Pierre-Luc Pomerleau will present his show Moqueur polyglotte on April 4, 2023, at the Olympia in Montreal, and on May 9, 2023, at the Salle Albert-Rousseau in Quebec. For information: pierrelucpomerleau.com.