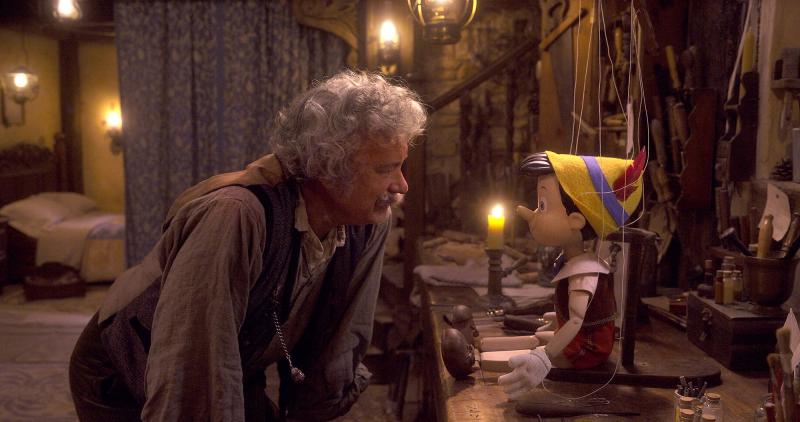 Is this new version of the Disney classic in which Tom Hanks plays Geppetto necessary? It depends on your age…

The project has been floating in the air at mouse studios since 2015. A few delays and script rewrites later – that of the film presented is co-signed by Robert Zemeckis and Chris Weitz (“Twilight – Temptation”, in particular) –, it is Robert Zemeckis who finds himself behind the camera of this production in live action.

Real? Yes, up to a point. Tom Hanks puts on, with great conviction, the clothes of Geppetto, creator and father of his puppet Pinocchio, the wooden toddler resembling his animated ancestor, being the work of visual specialists, just like the animals endowed with speech, including Jiminy Cricket which is dubbed, in its original version, by Joseph Gordon-Lewitt. The “human” characters are portrayed by actors. Moviegoers will therefore recognize Cynthia Erivo as the Blue Fairy or Luke Evans as the coachman of the stagecoach transporting the children from the Island of Pleasure.

The story remains, with a few exceptions, the same as that of the 1940 cartoon, itself adapted from Carlo Collodi's 1881 tale, revised and somewhat “corrected” by Disney studios. The dusting off of Robert Zemeckis for the direction and the screenplay and of Chris Weitz for the screenplay are sometimes welcome. The scenes in the Isle of Pleasure come out greatly improved from the exercise, as does the addition of the character of a young dancer in the Stromboli circus which brings additional emotion. The dialogues of Grand Coquin (his accomplice Gédéon remains silent) are more humorous and therefore less disturbing.

For lovers of the classic – after all the melody of “When You Wish Upon a Star” is included in all Disney films – these changes don't really add much… except a desire to see the 1940 animated film again (as well as Guillermo del Toro's, scheduled for December 9 via Netflix). The children will see nothing but fire and after all, isn't that the main thing?