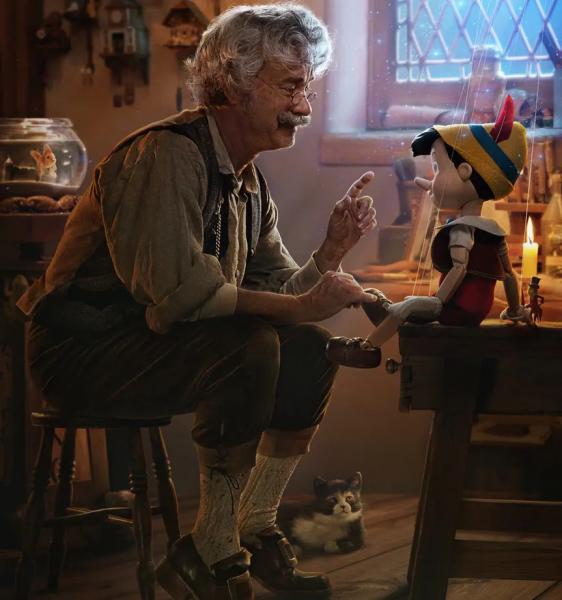 Alan Silvestri and Glen Ballard composed the soundtrack for the new “Pinocchio,” directed by Robert Zemeckis and starring Tom Hanks as Geppetto. Maintenance…

The two composers have collaborated on many occasions with the filmmaker, Alan Silvestri, being in more than 20 participations including classics like “Back to the future” or “Forrest Gump”.

“Yes, Bob [ Robert Zemeckis, the director] calls me saying he has a project for me, it's as simple as that. On the other hand, I never take for granted that he will call me, even after 22 or 23 films. And it's always wonderful when the phone rings, he will tell me for example to reserve time next April and that means that I have been invited to participate in his next great adventure, “said Alan Silvestri at the 'QMI Agency a few days ago.

“When I received the famous call, it was like receiving lots of presents on Christmas Day. We both knew it would be a challenge, but the invitation is enough inspiration,” said Glen Ballard.

The “great adventure” that kept the two men so busy is the new version, in live action, of “Pinocchio”, a classic if there ever was one of the animation studios and dating from 1940. Alan Silvestri and Robert Zemeckis have, as Glen Ballard has pointed out, “developed over the years an intuitive way of working together. There is such narrative synchronization between them.”

Because, for composers, the soundtrack is an integral part of the story. And it is for this reason that they, with Robert Zemeckis, decided to keep the original lyrics of the musical pieces, even if the meaning of certain words has changed considerably – the word “gay” in particular, which is now pejorative when he meant 'joyful' in the 1940s.

“We wanted to use the original songs and that's also what Robert and Disney wanted. Everything has a context and these plays are from the 1940s. We found nothing controversial in them and for us it was important to remind moviegoers of the meaning of the words used. The lyrics work as they are and it would have been a mistake not to keep them”, underlined Alan Silvestri.

His colleague added that “part of the reason we remade 'Pinocchio' was to pay homage to the original by emphasizing certain aspects of the original while telling the story anew. These songs are classics from an iconic movie. And they didn't need any improvement.”

That didn't stop Robert Zemeckis from tweaking some things, including adding the song “I Will Always Dance,” performed by Kyanne Lamaya, who plays Fabiana, a puppeteer whom Pinocchio meets during his time in the circus of Stromboli.

But one of the most illustrative scenes of this close link between film, script and music is the one in which the children of the island of pleasures smash clocks… in rhythm with the soundtrack.

“This whole sequence was like a kind of ballet. And that's something Robert does in his movies, like the tower clock in “Back to the Future.” So Glen and I were giving Bob sound material and it was a constant back and forth process. When Bob heard what we had done, he started creating specific visual elements. And Glen and I would add things based on what he was doing. It was a long process, but the kids are in perfect sync with the music because it was composed before the film was shot.”

“Pinocchio” is available via Disney+ from September 8 .