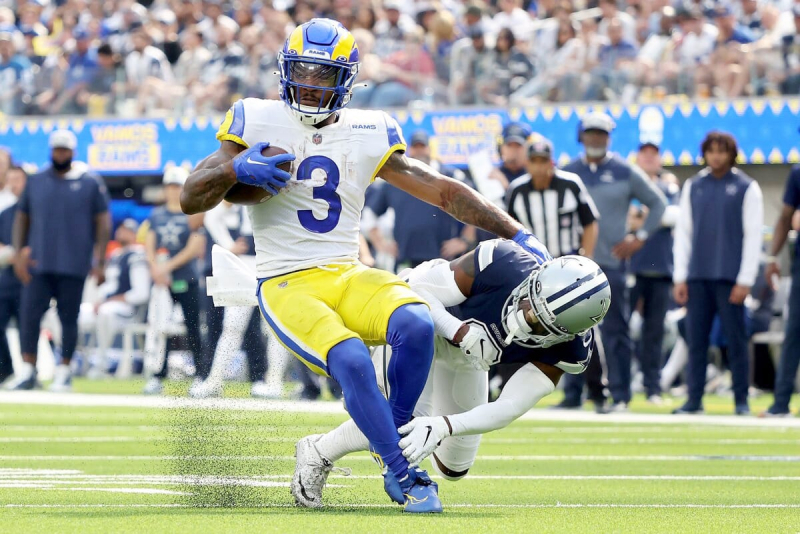 Just a few years ago, the NFL trade deadline didn't matter. Teams, timid about giving up draft picks for immediate reinforcements, stood idly by. This is another reality today, and the market could be active by Tuesday.

The NFL Trade Deadline has none of the madness of other major leagues. In football, it can be more difficult for a player to acclimatize to another sometimes completely different system of play, during the season.

The fact remains that in recent years, a few big names have moved on, including quarterback fighter Von Miller last fall. Knowing how instrumental he was in the Rams' Super Bowl triumph, fewer and fewer teams will be nervous about drawing.

Already, some of them have moved. The 49ers gave up four draft picks in an attempt to solidify their ground game with Christian McCaffrey. The Jets acquired runner James Robinson from the Jaguars to make up for the loss of Breece Hall. The Eagles have added muscle to their defensive line by securing veteran Robert Quinn.

The running back market is already active and it's quite possible the trend will continue.

Carriers in the market

The Rams are looking to trade Cam Akers, who says he's disappointed with his playing time. part of the potential destinations, they who have never been spared from injuries in the backfield. Otherwise, another target could be Browns carrier Kareem Hunt, but a trade between two clubs in the same division is less common.

In this sense, Hunt could also take the road to Los Angeles, he who wants a chance to see more of the field after having spent the last few seasons sharing the job with Nick Chubb.

The Bears, who are positioned as sellers, could also listen if a club inquired about David Montgomery. They seem more and more comfortable with Khalil Herbert.

Other names to watch

On offense, a few receivers often return to the rumors. Starting with the Canadian Chase Claypool, of the Steelers.

In Pittsburgh, he doesn't seem to be taking off with Diontae Johnson around and freshman George Pickens bound for a bright future.

Could he help the Packers? The Giants? The Cowboys? The Rams? All clubs with serious aspirations, but clear shortcomings at this position…

Another receiver who could move is Brandin Cooks. The Texans aren't going anywhere, he's been traded three times already in his career and he's still producing at 29.

The Panthers will be one to watch, as they bet on a coveted receiver in D.J. Moore. He's only 25, though, and while the organization is looking to the future, he's certainly young enough to be part of the plans.

If the Broncos decided it was already time to fire plogue, maybe Jerry Jeudy could get the opportunity to be showcased more elsewhere.

On defense, another Broncos player to watch is Bradley Chubb. He's off to a good start with 5.5 sacks and his injury history may lead management to let him go.

Cornerback William Jackson III, who told the Commanders of his displeasure , will also be targeted.

If you believe there are very few passing touchdowns this season, it's not an optical illusion. No less than 14 teams in the league, or 44%, average one touchdown pass or less per game. Nothing says that this trend is here to stay, but, apart from a few teams, the aerial game is struggling.

2. Eagles on a mission

The Eagles are the only undefeated team in the NFL. With a win today against the Steelers, they will tie the best start in franchise history. The Eagles started with a 7-0 record in 2004. Facing the Steelers in the Super Bowl era, the Eagles have a perfect 9-0 record in Philadelphia.

It's not just the Eagles (6-0) that are performing well in the National Conference's congested Eastern Division. The Giants (6-1) and Cowboys (5-2) are going full steam ahead, while even the Commanders (3-4) are going uphill a bit. The 20-7 (.741) aggregate record makes it the most prolific division after seven weeks since 2002.

4. The Rise of Kenneth Walker III

Seahawks rookie running back Kenneth Walker III is notable, having missed the start of the season and only playing a key role since Week 5. He is the only player in the league this season with two touchdowns more than 65 yards. Not a rookie carrier since Saquon Barkley, in 2018, had achieved the feat. There is plenty of time to beat this mark. Walker has averaged 117.3 yards in his last three games.

Two coaches from the same family who face each other, it's not that rare. When it's a father and son, however, it's worth pointing out. Tomorrow night, Bill Callahan will lead the productive Browns offensive line as he has done since 2020. For three years, the Browns have been second in the NFL with 149.8 yards per game. His son Brian has been in charge of the Bengals offense since 2019. Since last year, this offense is fifth in aerial yards per game (264.8).