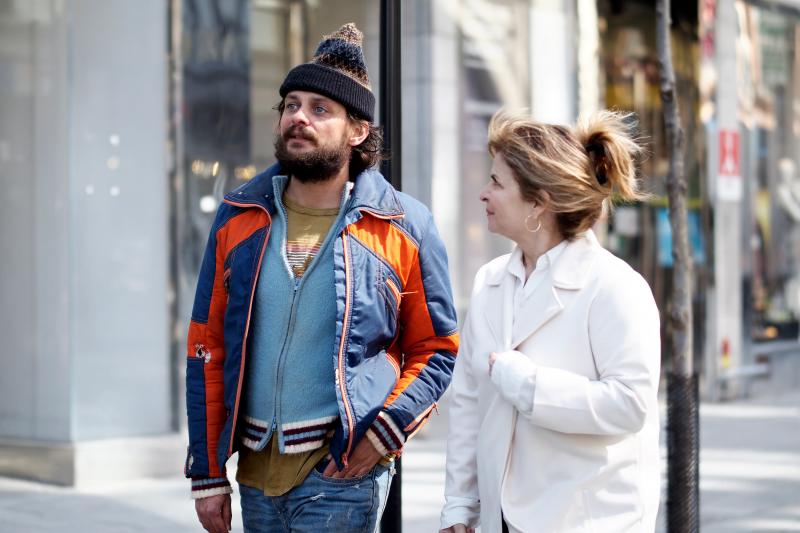 Nico Racicot stars alongside Guylaine Tremblay in the moving miniseries Anna et Arnaud broadcast on TVA. He plays the character of Arnaud, a homeless man struggling with drug addiction. Meet the actor.

When asked about his character Arnaud, Nico immediately dissociates him from the son of Francine Ruel who inspired the bestseller Anna and the child-old man whose TV series is the 'adaptation.

“I did not work with Étienne, a decision taken at the beginning not to be influenced by him or to want to imitate him. Étienne has his own life, Arnaud too, he specifies. I saw two minutes of an interview he had done and it kind of guided me towards the energy I wanted to embody Arnaud for the audition. This little light that I then saw in Étienne's eyes, I later wanted to bring it to Arnaud throughout the shoot. »

He built the character from scratch, specifying in passing that he is a curious person who observes a lot. “I often imitate the people I meet in the street or that I meet, I try to recreate energies, tics. I knew him, Arnaud, I wanted to compose him, ”explains the actor.

To embody this character, Nico therefore observed a lot , read about drugs and addictions, in particular, but also drawn from him…

“You know, you still kind of have the character in you. The little manipulative side, for example, I don't like it with me, this aspect, but it is present. So when I'm asked to support it, I go. It's really fun to explore more uncomfortable areas, he says.

“You then forget the beauty in everything that is ugly , everything that we choose as a society as not being good enough to be put forward, including homelessness, drug addiction, addiction problems, for example. It feels good to play in taboos, to show what is hidden to preserve appearances. It is essential not only to play beauty, but also the truth. »

“I had the chance to meet the human behind the name and the reputation. Guylaine Tremblay is extraordinary. As an actress, she is always present, even when the camera is not on her. It's really generous, “said the man who grew up watching Quebec television, including La petite vie.

“There was never any discomfort, I immediately felt a relationship of equals. As if we had known each other for a long time.”

According to him, this meeting depends on the realism of the mother-son relationship, both heartbreaking and full of tenderness, between the two main characters of the series. “We had to love each other right away to wear that,” he believes.

As for these upcoming projects, the artist's career in visual art will take the on it for the next few months. He will participate in an exhibition with Galerie G de BR in Danville and will soon be in creative residency in Victoria, British Columbia.