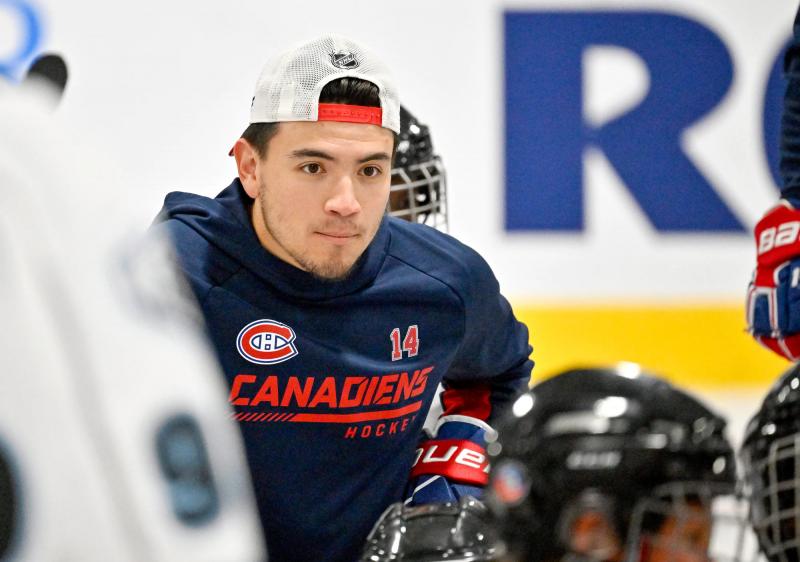 Who will be the next captain of the Canadiens?

In fact, who will choose the next captain of the Habs, the players or the decision-makers of the organization?

The role of the captain is to be the bridge between the players and the upper management. In the past, players were left to decide who would represent them to the owner and senior management. Over the years, this tradition has disappeared, completely removed from the administrative structure of the organization.

Shea Weber, the last captain of the team, was chosen by Marc Bergevin and his inner circle.

Did the leaders want to have absolute control of the locker room? If the captain is to play a very important role in the relationship between employees and employers, shouldn't the players, in this respect, identify their representative themselves?

Precisely, who are the players most suited to the captain's profile for a franchise that operates in a unique market like Montreal?

Nick Suzuki? He represents the youth and the future of the organization.

Joel Edmundson? He is a good veteran, respected by all his teammates.

Brendan Gallagher? For the years of service, for his intensity, for what he has accomplished over the years?

Nick Suzuki presents the profile of the leader that the organization's decision-makers covet. What Jeff Gorton and Kent Hughes have repeated dozens of times since their arrival at the Bell Center fits perfectly with the personality of the young man.

We want to give a new culture to the organization, Suzuki meets all the criteria. There will be a lot of emphasis on young skaters, on their development, on their fighting spirit and on their sense of belonging. Suzuki is the most sought-after forward for the Canadian, his progress is impressive, he competes at a high level and he has just joined the organization for eight years.

Will the role of captain put even more pressure on Suzuki, who will be playing the first year of a lucrative contract?

As Clarke and Yzerman

In this regard, players like Bobby Clarke and Steve Yzerman, after two or three seasons in the league, have never been bored by the role of captain, on the contrary .

While talent has no age, good leaders always find a way to stand out in adversity.

Will David Pastrnak start the next season without having obtained what he covets from the Boston Bruins?

A contract allowing him to receive $9.5M, a similar pact to that of Charlie McAvoy.

For several years, the Bruins were able to compete at the same level as the eastern teams because their top three forwards were, in the current environment, bargains. Patrice Bergeron, Brad Marchand and Pastrnak represented the most productive line of attack in proportion to the salaries paid. All three players had contracts under $7M per season.

Those days are over.

Bruins decision makers will have to make an important decision in the coming days. Pastrnak is a natural scorer, a player capable of scoring at strategic moments. But do we believe among the leaders that Pastrnak will not be as productive when Bergeron ends his career? – and, in the case of the center player, it could be next year.

Before granting a contract of seven or eight years, the decision-makers consider whether the player will always be a skater who can make a difference in the last four years of the deal.

Except the Bruins can't do without Pastrnak…

A brilliant idea to create tournaments to allow NHL team decision makers to get an even more accurate assessment of the organization's best hopefuls.

The Canadiens' young players will be at Buffalo this week in order to participate in a tournament involving five other teams on the circuit.

Nils Lundkvist is a defenseman who wants to leave the New York Rangers organization, and if we can't find a solution then he will stay in Europe.< /p>

But there is always the possibility that the Rangers and Chris Drury, the general manager, will accommodate him.

We still have to find a taker.

Over the past few weeks, rumors have it that the Canadiens are keeping a close eye on the defender's record. Jeff Gorton knows him very well and Kent Hughes would have shown some interest.

But the Canadian is no longer the only one asking questions. The San Jose Sharks have informed the Rangers that they are ready to discuss.

Remember that the coach of the Sharks is David Quinn, the former Rangers driver…