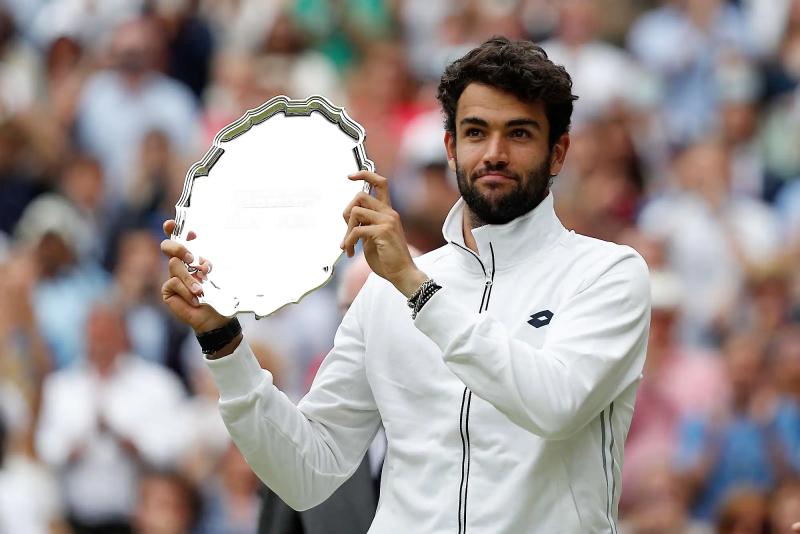 The National Bank Open in Montreal is not immune to the same backlash as Wimbledon, which saw two of its favorites give up before even hitting their first ball of the tournament, suffering from COVID-19.

Italian Matteo Berrettini, finalist last year on English grass, and Croatian Marin Cilic, champion of the United States Open in 2014, have both tested positive for the virus in the past few days.

In the case of Berrettini, ranked eighth favorite at the All England Club, it was he who decided to get tested, AFP reported on Tuesday. The protocol requiring players to be tested at a certain frequency has disappeared at Wimbledon.

It will be even in Montreal starting August 6, explains Richard Quirion, Tennis Canada's Tournament Director, who is following Public Health recommendations.

“Are we safe for a Rafael Nadal, for example, to experience symptoms, get tested and receive a positive result that forces him to withdraw from the tournament? Of course we think about it, says Mr. Quirion.

But he still believes that his stress level will be much lower than during the last tournament, when he was struggling to sleep.

In 2021, the rules surrounding the presentation of the National Bank Open were very strict. Players were tested every three days. They all resided in the same hotel, which was closed to the public.

The director received the results of the tests that had been carried out the previous day every day. One morning, the computer showed a positive result, which ultimately turned out to be wrong (a false positive). His heart then made three turns.

But in the end, only one player – whose identity was never revealed – contracted COVID-19. It was during qualifying and she spent the next 14 days in solitary confinement.

This year, with the end of systematic tests, Mr. Quirion recognizes that it will be necessary to rely “on good faith” of the players and that of all the personnel who work during the tournament.

He has ordered hundreds of rapid tests, which can be delivered to the hotel for players who request them after feeling symptoms.

A nurse has also been hired to test athletes who feel sick when they are at IGA Stadium. She will have in her possession rapid tests and PCR tests.

The purpose of these will be to cross-check a positive result. For example, “in the case of a player who has made it to the quarter-finals, to ensure that he has indeed contracted the virus and that it is not the residue of a recent contamination”. , explains M. Quirion.

Because a positive test will lead, like everywhere else, to isolation for at least five days, which would also eliminate the player.

Employees who will provide healthcare to athletes – such physiotherapists – will wear a mask. They will be the only ones to be obliged to do so.

Surfaces will also be disinfected frequently. Tournament drivers will be encouraged to drive with the windows open, to reduce the risk of the spread.

By the way , all participants will need to be properly vaccinated, as it is mandatory to enter Canada.

On Wednesday, the federal government announced that the rules for travelers will be in place at least until the at the end of September.

This means that the Serbian Novak Djokovic, world second, will not play in the Quebec metropolis, unless in the meantime, Canada revises this obligation for professional athletes.< /p>