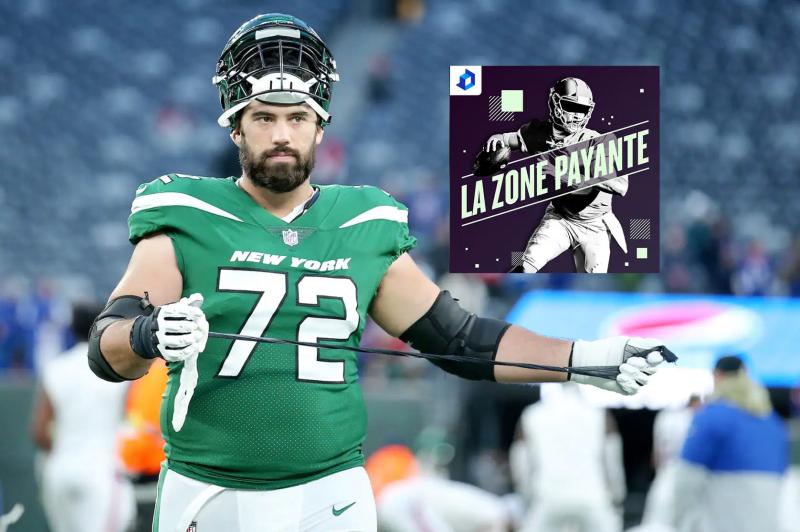 In the latest episode of The Pay Zone, player agent Sasha Ghavami is the special guest to take stock of the situation of Quebecers in the NFL. His most high-profile colt, Laurent Duvernay-Tardif, still clings to hope of another NFL opportunity, but says he's ready to accept the idea that this might be the end. /p>

Your co-hosts Jean-Nicolas Gagné and Stéphane Cadorette receive this week the one who represents “LDT” since his arrival in the NFL in 2014. He also tells us about the situation with Antony Auclair, who has made his place in the Goodell circuit since 2017 and who was just released by the Texans. A discussion with Sasha Ghavami is also the time to talk about his attachment to football and the other Quebec players who are potentially knocking on the doors of the NFL.

The first week of activities was marked by a boiling reunion between Russell Wilson, now with the Broncos, and his former supporters in Seattle. The Pay Zone looks back on that moment, as well as how injuries to Dak Prescott and TJ Watt impacted the Cowboys and Steelers season.

Obviously, who says week 1 necessarily says exaggerated reactions. The victories of some and the defeats of others are evaluated very emotionally. Is Geno Smith the chosen one? Are the Patriots and Titans over? And several other questions for which our analysts are trying to see clearly.

The first week is always difficult in terms of predictions and we are trying to rectify the situation for week 2. Also, thing promised thing due, our dear listeners participate in the program since we answer the questions that were asked to us during the week. Enjoy!