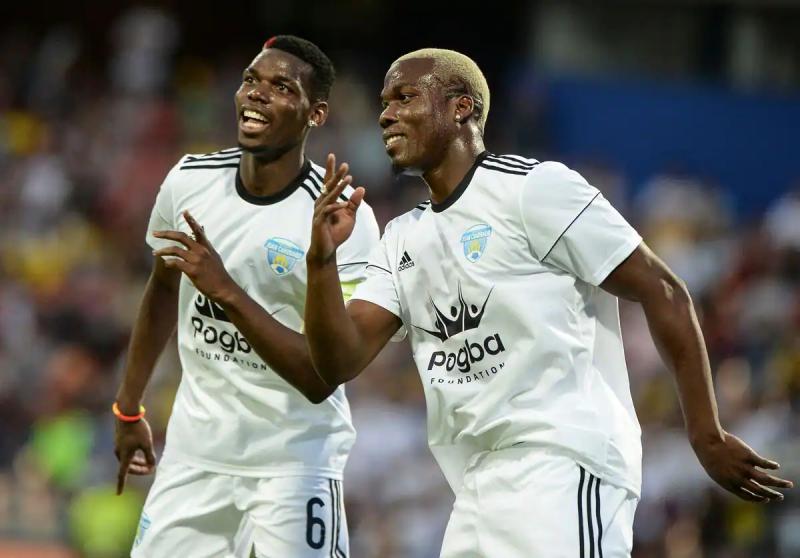 Multimillion-euro racketeering attempts, threatening video, pressure: the implications in the extortions denounced by soccer player Paul Pogba begin to take shape with the indictment and incarceration on Saturday of his older brother, Mathias Pogba, and four men.

Mathias Pogba, 32, has been indicted for extortion in an organized gang and participation in a criminal association, said a judicial source. According to a source close to the investigation, he was placed under the more favorable status of assisted witness for the facts of kidnapping on the night of March 19 to 20. He was placed in pre-trial detention.

“We are going to challenge this decision”, his lawyer, Me Yassine Bouzrou, immediately reacted on the BFMTV channel.

“Justice finds that the most serious offense charged [la sequestration] does not concern my client, and unfortunately, we have a decision that goes against a file,” he added.

“This is an individual who has never been talked about, who has a clean criminal record, who is not a thug, who is presumed innocent,” he said. recalled, considering that he had “committed no criminal offence”.

Before the judge of freedoms and detention (JLD), Mathias Pogba, with a massive build in a light gray tracksuit, seemed very concentrated.

The four other suspects, relatives of the Pogba brothers aged 27 to 36 years old, were indicted, in particular for extortion with a weapon, kidnapping in an organized gang and criminal association.

Three of them were placed in pre-trial detention. The fourth requested a delay and was provisionally imprisoned pending the debate before the JLD, added the judicial source.

During their police custody which began on Tuesday or Wednesday at the Central Office for the Fight against Organized Crime, the five suspects said they were “victims of individuals whose names they refuse to give”, explained another source close to the police. 'investigation. But, “they contradict each other and lie,” she claimed.

The oldest has already been sentenced twice for acts of a criminal nature, said a source familiar with the matter. He wore a splint during the debate, claiming, according to this source, to have been shot in the arm in the context of the Pogba affair.

Me Romain Boulet, who defends a 33-year-old man, believes that his client “is the victim of manipulation and threats from blackmailers, in the same way as Paul Pogba. It's a trap that has closed on him,” he said.

“Like Paul Pogba, my client claims to be a victim in this case. The instruction will have to shed light on this aspect”, also estimated Me Carole Niechcicki, lawyer for a man born in 1988.

Questions on the role of Mathias Pogba

The role of Mathias Pogba is not yet “completely clear”, and “the investigation is far from over”, according to the close source.

Mathias Pogba admitted to the investigators that he was behind the video that revealed this affair, which is shaking the world of soccer two months before the World Cup in Qatar (November 20 to December 18). In this video, released on August 27, the eldest promised “revelations” about his younger brother.

Juventus player Paul Pogba then announced that he had filed a complaint with the prosecution from Turin (Italy) from July 16, denouncing extortion between March and July 2022 amounting to 13 million euros.

Star of the France team, Paul Pogba told investigators that he had been trapped by childhood friends and two hooded men, armed with assault rifles, blaming him for not helping them financially.

The 29-year-old midfielder, nicknamed “La Pioche”, then claimed to have recognized his brother among the suspects. However, he had estimated, during another hearing, that Mathias was “under pressure” from people wanting to extract money from him.

Mathias Pogba, also a professional soccer player, is also suspected of pressured his brother's agent, lawyer Rafaela Pimenta, to get him, Paul Pogba, to pay the sum claimed by his blackmailers.

The complaint of the agent has been attached to the ongoing proceedings, confirmed the judicial source.

In this case, the name of French soccer star Kylian Mbappé appears. According to Paul Pogba, his blackmailers wanted to discredit him by broadcasting messages in which he allegedly asked a marabout to “cast a spell” on the Paris Saint-Germain striker, which he disputes.