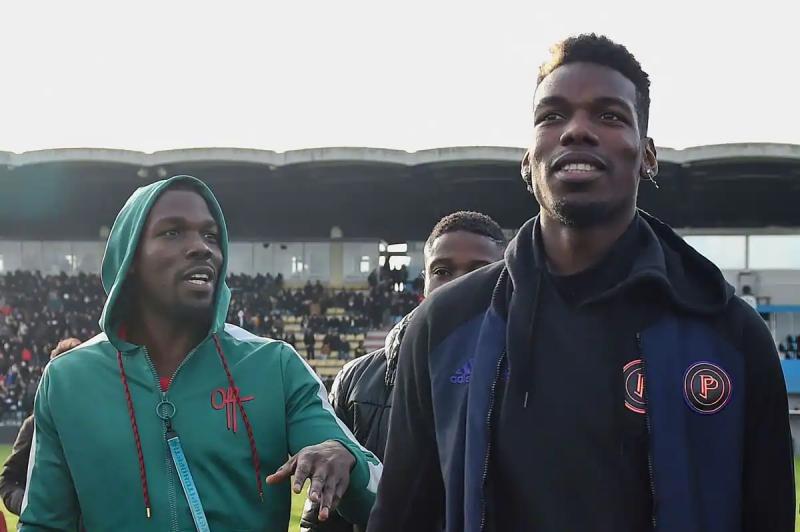 Paul Pogba's older brother, Mathias Pogba, and four men will be brought before an investigating judge on Saturday 'for arraignment' in the extortion probe denounced by the star of the Blues, we learned from a judicial source.

Mathias Pogba, 32, who went himself to the investigating service on Wednesday, admitted to being behind the video threatening Paul Pogba broadcast on August 27 .

The other four suspects, relatives of the Pogba brothers aged 27 to 36, had been in custody since Tuesday and Wednesday at the premises of the Central Office for the Fight against Organized Crime (Oclco). All are close to the Pogba brothers.

No details were given on their role in this incredible affair which shook the world of football two months before the Qatar World Cup. < /p>

In the enigmatic video of Mathias Pogba, which revealed the extortion of which Paul Pogba claims to be the victim, the eldest promised “revelations” about his younger brother.

The Juventus player had filed a complaint with the prosecutor's office in Turin (Italy) on July 16, alleging extortion amounting to 13 million euros between March and July 2022.

The Paris prosecutor's office had opened a preliminary investigation and then a judicial investigation on September 2 for, in particular, extortion with a weapon, kidnapping or kidnapping in an organized gang and participation in a criminal association.

Star de l France team, Paul Pogba said during his first hearing before the investigators that he was trapped by childhood friends and two hooded men, armed with assault rifles, accusing him of not having helped them financially, according to information from France Info radio, confirmed to AFP by a source close to the case.

The 29-year-old midfielder, nicknamed the “Pickaxe”, then claimed to have recognized his older brother Mathias among the suspects.

However, when he from another hearing, that Mathias was “under pressure” from people wanting to extract money from him money.

In a statement released last week, Mathias Pogba said he was “completely unaware of any extortion of his brother, Paul Pogba”.