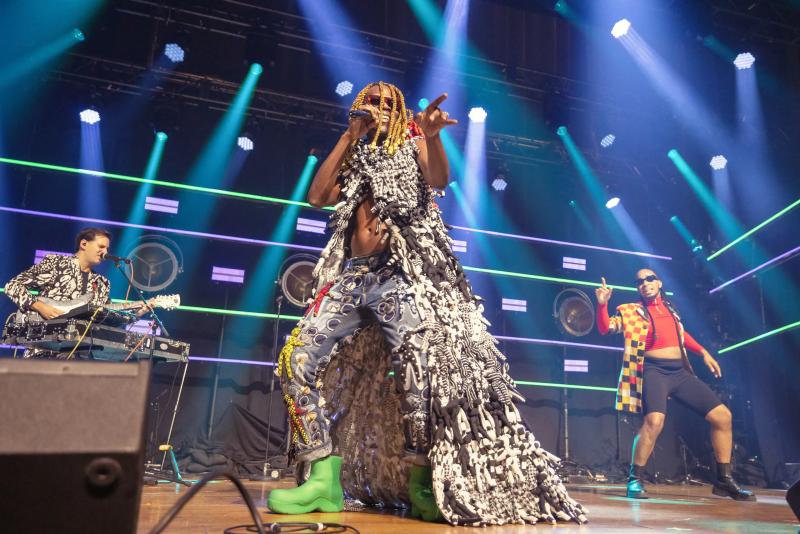 The night from Monday to Tuesday was very short for Montrealer Pierre Kwenders. He had a good reason since the night before, in Toronto, he was crowned the big winner of the Polaris Prize. “I think I'm going to remember that for the rest of my life,” he told the Journal.< /p>

Pierre Kwenders was still on cloud nine when we joined him on Tuesday afternoon. “It's a bit surreal. I'm still trying to come back to reality. »

It was for his third career album, José Louis and the Paradox of Love, that Kwenders won on Monday evening. Among the nine other finalists this year were Lisa LeBlanc and Hubert Lenoir.

Kwenders joins a long list of artists living in Quebec who have won this award in recent years, including Kaytranada, Arcade Fire and Karkwa.

On the phone, the songwriter mentioned that he really believed in his chances of walking away with the prize this year when he traveled to Toronto. “We saw the good vibes in the universe so that it could happen as we wanted. »

According to Kwenders, the jury chose his album because he confided “like an open book”. “It's the most personal album I've done to date. I think people felt it. […] It was a bit of therapy for me to tell this story of this little boy who arrived in Canada a little over 20 years ago today. »

When he looks at the winners of the Polaris in the past, Pierre Kwenders is aware that this victory can be a great boost for the rest of his career. “It's sure to open a lot of doors for me,” he said. Last week, he announced the first dates for a North American tour that will include New York, Vancouver, Ottawa, Toronto and Montreal.