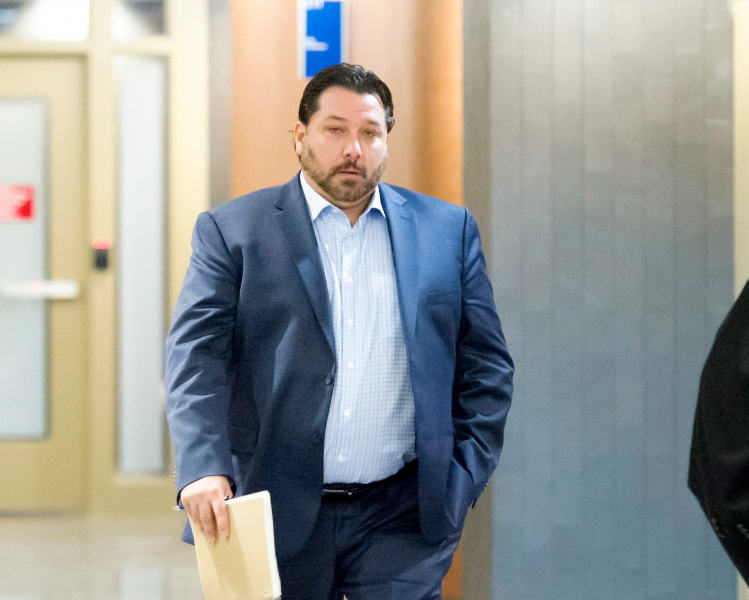 A Sûreté du Québec police officer guilty of defrauding his employer to remain on sick leave until retirement is currently basking in the hot sun in Mexico rather than serving six months in prison.

According to his lawyer, Nicolas Landry would do anything to avoid being imprisoned.

“I know this man, he is very sick. If he were to present himself to the prison authorities, I fear that he will take his own life,” pleaded Me René Verret yesterday, before the Court of Appeal.

His client, a sergeant provincial police officer suspended on half pay, is currently the subject of an arrest warrant.

Earlier this month, the 47-year-old man received the order to surrender when the highest court in the province rejected his appeal.

He was then to serve the six-month prison sentence imposed by Judge André Perreault at the end of his trial, in March 2019.

Landry had previously been convicted of defrauding his employer of $42,000.

He said he could no longer perform his duties as a police officer due to a diagnosis of major depression , but he was actively involved in running travel agencies owned by relatives while on sick leave.

The Court of Appeal had granted him until September 9, 3 p.m., to report to a detention center.

However, according to documents obtained by our Investigation Office, less than an hour and a half before this ultimatum, Landry was electronically signing a sworn statement… from Playa Del Carmen, Mexico.

The statement he signed earlier this month.

Yesterday, his lawyer asked Judge Peter Kalichman to stay the jail order until the fugitive can make his case in the Supreme Court of Canada.

“Your client is in flagrant violation of a court order, how do you expect me to intervene?” asked the magistrate, interrupting the defence.

Me René Verret tried in vain to explain that Landry would have caught a virus to justify the fact that he is still outside the country, despite his tips.

“It is [his] choice not to report to prison authorities. I find it quite ironic that we are asking for the release of an individual who is not detained and who is not even in Canada,” retorted Me Patrick Cardinal, of the Crown.

At his daughter's ball

One thing is certain, the policeman was still in Quebec three months ago: he accompanied his daughter to a graduation ceremony on the Rive- South of Montreal. No details were given yesterday as to the date of his departure.

This is not the first time that Landry has tried to avoid prison. Before the Court of Quebec, in March 2019, he had tried in vain to obtain a stay of one week “for personal reasons”.

As the Court of Appeal refused to decide the motion yesterday, Landry will be arrested as soon as he sets foot on Canadian soil again.