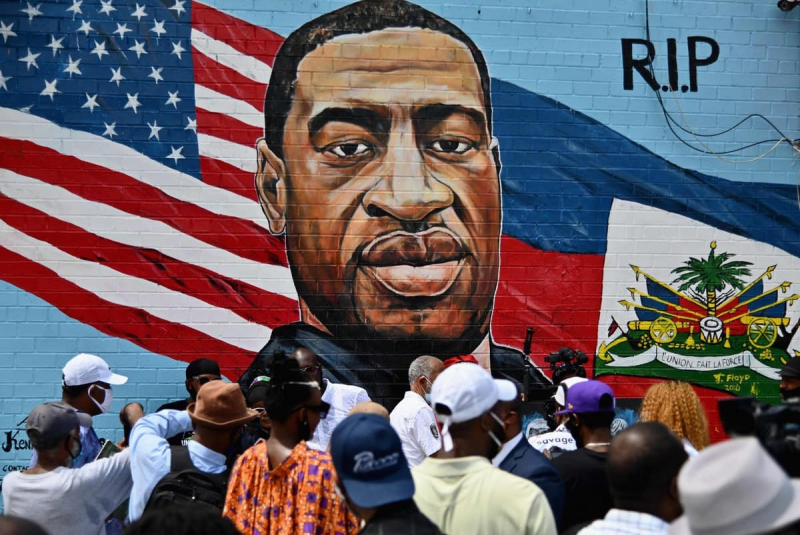 The police officer who killed African-American George Floyd and set the United States ablaze in 2020 is trying Wednesday to have his murder conviction overturned in an essentially scoped appeal trial symbolic.

Derek Chauvin, 46, was convicted of murder by a northern Minnesota state court following a high-profile trial in 2021 and sentenced to 22½ years in prison .

He believes that his rights to a fair trial have been violated, particularly given the “publicity” around the case and the “threats of violence” which should have led to a change of scenery at the hearings, and calls for the annulment of the verdict.

Whatever the outcome of this appeal, Derek Chauvin will remain in prison, because he pleaded guilty to “civil rights violations” of George Floyd before a federal judge and received a final sentence of 21 years in prison in 2022.

On May 25, 2020, this Minneapolis police officer, who had been on the job for 19 years, had remained kneeling on the neck of the black forties for nearly ten minutes, indifferent to his groans and the interventions of panicked passers-by.

The scene, filmed and posted online, had sparked huge demonstrations against racism and police violence throughout the United States and beyond.

During the trial in the local courts, his lawyer had pleaded that George Floyd had died of an overdose, combined with health problems, and had assured that Derek Chauvin had made a justified use of force.

Now, the former cop is seeking to overturn that lawsuit, mostly because it was held in the Twin Cities of Minneapolis–St. Paul, which were still on edge less than a year after the drama.

In their request, his lawyers recall “the threats” made against the jurors, the fear of a new conflagration of the two cities in the event of an acquittal, and the daily local media coverage which “idealised George Floyd and demonized Derek Chauvin”.

Lawyers for the former police officer accuse the court of having refused to organize the hearings in a rural area of ​​the state, or failing that, of not having housed the jurors away. According to them, this would have prevented them from discovering, in the middle of a trial, that the city of Minneapolis had decided to compensate, up to 27 million dollars, those close to George Floyd.

They also mention the lies of a juror who had concealed having participated in the demonstrations following the death of George Floyd, and accuse the prosecutors of having presented “cumulative” testimony, from seven police officers and experts on the use of force.

Prosecutors counter, in a separate argument, that the trial was “one of the most accurate and transparent” in history, that jury selection lasted two weeks and that the verdict must be upheld.< /p>

The two parties will present their arguments before the Court of Appeal in Saint-Paul from 9:30 a.m. (3:30 p.m. GMT) and the hearings will, as in the first trial, be televised. < /p>

Three other police officers, who had remained passive during the agony of George Floyd, were sentenced to all ant from two and a half to three and a half years in prison.