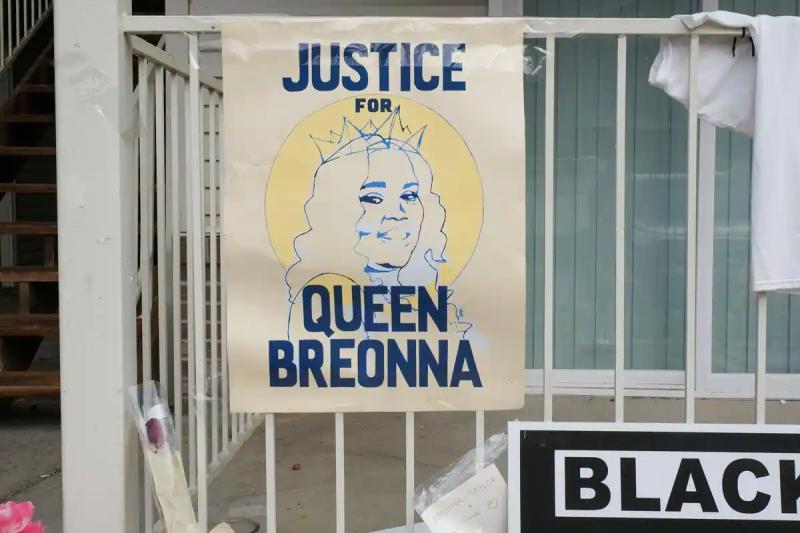 A US police officer pleaded guilty on Tuesday to providing false information to obtain a search warrant, the execution of which led to the death of Breonna Taylor, killed by a police officer, and of then lying to cover up.

Officer Kelly Goodlett is among four police officers charged by the US Department of Justice in early August for their role in the death of this young black woman who has become an icon of the Black Lives Matter movement.

Two other officers, Joshua Jaynes and Kyle Meany, are charged like Kelly Goodlett with lying about the search warrant, while a third, Brett Hankison, has been charged with excessive force.

Ms. Goodlett, who has since resigned, thus admits to having “falsified” with another police officer the request for a search warrant addressed to a judge, and then to have lied “to cover up the false declarations” initial. She faces up to five years in prison and a $250,000 fine.

On March 13, 2020, three police officers in Louisville, Kentucky's largest city, broke into the home of 26-year-old Breonna Taylor in the middle of the night as part of a drug trafficking investigation targeting her ex-boyfriend. friend.

His new companion, Kenneth Walker, believed they were burglars and fired a shot with a legally owned gun. The police fired back and Breonna Taylor received around 20 bullets.

The agents were armed with a so-called “no knock” warrant, authorizing them to break down the door without warning. They claim to have announced themselves all the same, which Mr. Walker disputes.

The death of Breonna Taylor had not attracted much attention until the death of the African American George Floyd, suffocated by a white police officer in May 2020. The name of the young woman had then been chanted in all the anti-racist demonstrations of the summer.

To put an end to a civil complaint, the town hall of Louisville had agreed to pay $12 million to Breonna Taylor's family and initiate initial police reforms.

Despite anger, local prosecutors had, as of September 2020, not charged than Brett Hankison, not for the death of Breonna Taylor, but for having “endangered” his neighbor by discharging his weapon through a partition. Louisville was then set ablaze.

His acquittal in March 2022 had rekindled the feeling of injustice.