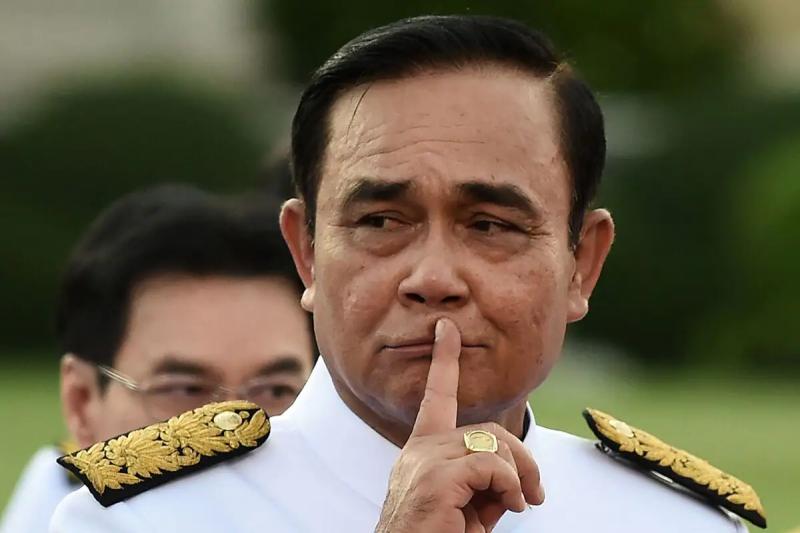 Thailand's Constitutional Court on Wednesday suspended Prime Minister Prayut Chan-O-Cha while it determines whether he can stay beyond the eight-year limit on power set by the Constitution, opening a political crisis a few months before the legislative elections.

This body may take several weeks to resolve this legal knot which has put the capital Bangkok under tension, where demonstrations took place on Tuesday.

Opposition deputies, teachers, student unions… many voices have been raised to demand the departure of Prayut Chan-O-Cha, who they say has reached the eight-year limit in office set in the 2017 Constitution.

But for his supporters, two interpretations could allow the 68-year-old former general, approved for the post of prime minister by the king on August 24, 2014 following a coup, to stay until 2025 or 2027, in the event of re-election in 2023.

“Let the Constitutional Court decide”, was limited to saying last week the person concerned , who has been dodging questions on this hot topic in recent days.

The Constitutional Court officially began its examination on Wednesday. She voted five judges against four to immediately suspend the head of government, as demanded by the opposition deputies, behind the seizure.

Anucha Burachaisri, a spokesperson from the Prime Minister's Office, called on “all groups” to “respect the Court's decisions and avoid criticizing it.”

“The current government will continue its work normally, because General Prayut was not expelled from his post, but only suspended”, he said again, recalling that Prayut Chan-O-Cha will continue to serve in the government as Minister of Defence, a position he held in conjunction with that of Prime Minister.

If the announcement of this suspension is a surprise, the experts interviewed by AFP expect to see the Court decide in the direction of Prayut Chan-O-Cha who has resisted all the crises since 2014, in particular at the time of the massive democracy protests of 2020.

“The long list of one-sided decisions that benefited Prayut Chan-O-Cha speaks for itself (…) The most likely scenario is that he limps along until the end of his mandate, beyond the limit of eight years”, explained Thitinan Pongsudhirak, professor of political science at Chulalongkorn University in Bangkok.

In question, the 2017 Constitution, drafted under the junta and considered favorable to the interests of the army.

“The legitimacy of the Constitutional Court has been debated since its creation (in 1997, editor’s note). It was already politicized when Thaksin Shinawatra was Prime Minister (2001-2006, editor's note). It is expected that she decides in favor of Prayut Chan-O-Cha,” added Napisa Waitoolkiat, political analyst at Naresuan University.

Requested departure of the Prime Minister

A reading in the direction of Prayut's interests of this text takes as its starting point the calculation of the eight years 2017, i.e. the entry into force of the Constitution.

Another even takes as a point 2019, the year of the legislative elections which legitimized his power.

Since Tuesday, containers left by the authorities have blocked the road leading to the government house in Bangkok, where more than a hundred people have called for the departure of the Prime Minister.

The suspension could reshuffle the cards for the 2023 legislative elections.

A former general like Prayut Chan-O-Cha, to whom he is very close, Prawit Wongsuwan is also the head of the Palang Pracharat, the main ruling party.

He was overtaken in 2018 by a scandal that uncovered more than one million euros worth of undeclared luxury watches in his assets. He was later cleared of corruption suspicions.

The United States, Thailand's historic allies, said it planned to maintain its commitment to the kingdom, where Secretary of State Antony Blinken surrendered last month.