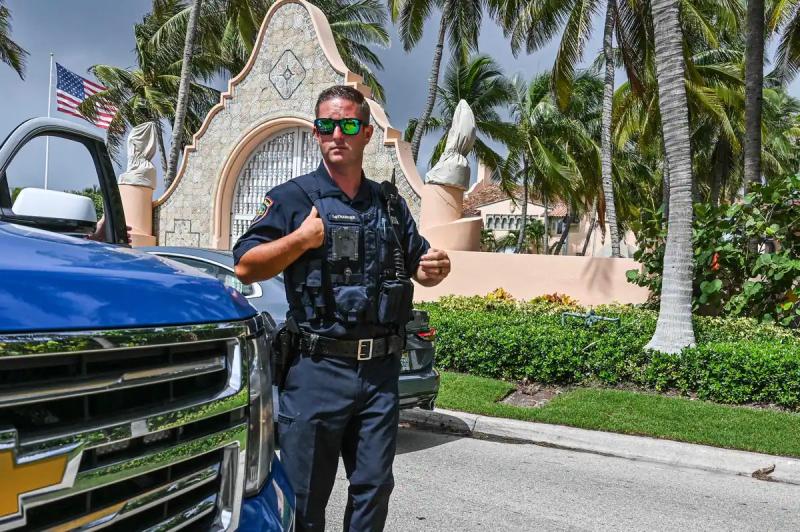 A first step towards a trial for some, “political persecution” for others: the spectacular search of Donald Trump's home by the FBI on Tuesday shed new light on America's deep fractures, as the former president ostensibly flirts with a new candidacy.

Never a former White House tenant had been worried by justice in this way.

Does the federal police search have to do with the many boxes that Donald Trump took with him when he left the White House in January 2021? Is it related to the investigation into his responsibility in the assault on the Capitol? Does it rather relate to suspicions of financial fraud against the Trump Organization in New York?

Contacted by AFP, the FBI declined to comment. < /p>

Donald Trump, who claims his innocence in each of these cases and claims to be the subject of a witch hunt, strongly denounced the search by the federal police, which he did not attend, in a press release.

“Our nation is living through dark days”, he castigated, assuring that “this unannounced search of my home was neither necessary nor appropriate”.

“Nobody 'is above the law (…) not even a former president,' retorted on NBC on Tuesday the Democratic President of the House of Representatives, Nancy Pelosi – who, like most of the other tenors of her camp, has since called years to hold the ex-real estate mogul to account.

This judicial escalation seems to have at the same time cemented Donald Trump's hold on the Republican Party, which has united around the former businessman – to the point of setting him up as a martyr.

As soon as the search was announced, a group of Donald Trump supporters went to the luxurious residence of the former businessman to shout their anger.

Several of them were waving “Biden is not my president” flags, yet another reminder that more than a year and a half after Donald Trump was defeated in the election, tens of millions of Americans remain firmly convinced that the 2020 presidential election was “stolen” from him.

On social networks, some Trumpists called purely and simply for “divorce” on Tuesday, in this country with divisions so gaping that they may seem irreconcilable.< /p>

“These are the kinds of things that happen in countries in civil war,” said Marjorie Taylor Greene, an elected representative from Georgia known for her excesses, even calling for the dismantling of the FBI. “The political persecution MUST STOP!!!”

Denouncing an “intolerable instrumentalization for political purposes” of the Ministry of Justice, the leader of the Conservatives in the House of Representatives, Kevin McCarthy, has promised an investigation into its operation when the Republicans return to power.

His side could regain control of Congress in November's legislative election, which promises to be perilous for Joe Biden's camp.

On the conservatives' favorite channel, Fox News, the headbands were also very criticism of the raid: “The Justice Department's increasingly radical tactics are a danger to the republic”, “Biden's FBI ransacks the home of one of his potential opponents for the 2024 election”, was -he writes.

Donald Trump, who already has a war chest of more than 100 million dollars (an unprecedented amount for a former president) and could at any time declare himself a candidate for a new term, jumped at the chance to appeal for the generosity of his supporters.

“It wasn’t just my home that was attacked – it was the home of every American patriots for which I fought”, he pleaded in an e-mail to his militants, suggesting to them a n donation of 5 to 5000 dollars to fight a “witch hunt”.