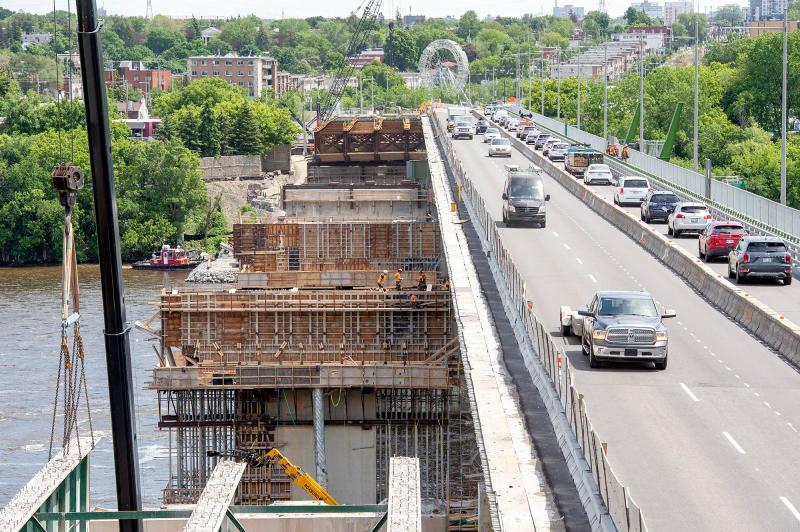 The repair of the Pie-IX bridge on old pillars was not the result of a political order, swears the Minister of Transport, François Bonnardel.

On Tuesday, our Bureau of Investigation revealed that the Ministère des Transports (MTQ) had decided to rebuild the deck of the Pie-IX bridge, between Montreal and Laval, on old foundations that will have to be redone within 25 years.

According to the president of the Professional Association of Government Engineers of Quebec, Marc-André Martin, this “bad management decision” looked like a “political order”.

Photos of bridge pier shafts from a 2018 inspection report rated as acceptable.

However, this is not the case, assures Minister Bonnardel.

” What the engineers' union says is false: it is in no way a political order,” argued the minister in a written statement.

” Engineers are currently on strike. These kinds of media outings don't help,” he added.

Minister Bonnardel defended the MTQ's decision to keep the pillars at the end of their life, stating that “engineers with many years of experience have chosen this option for the renovation of the Pie-IX bridge”.

A 2015 report obtained by our Bureau of Investigation indicated that it was more advantageous to rebuild the entire bridge than to keep it the foundations for only slightly higher costs.

This would have resulted in a “completely new” bridge, with an estimated lifespan of “75 years”, ”  conforms to the standards in force » and “low maintenance cost”, noted the report.

According to the president of the engineers' union, this is not the choice that was made, “at the against the advice of the engineers » to avoid environmental assessments and thus speed up the project.