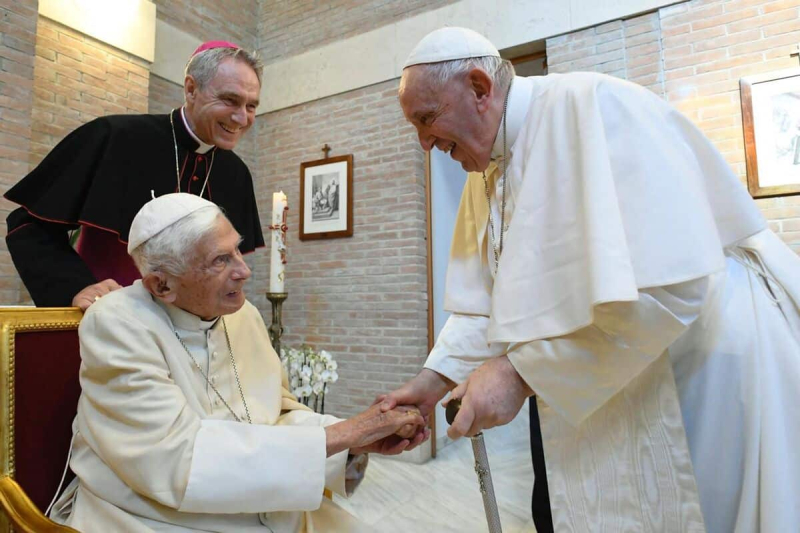 Pope Francis announced Wednesday that his 95-year-old predecessor Benedict XVI was “seriously ill” and was praying for the one whose resignation in 2013 for health reasons took the whole world by surprise.

“I would like to ask you all a special prayer for Pope Emeritus Benedict. To keep his memory alive, for he is gravely ill, to ask the Lord to console and sustain him,” the pope said during the general audience.

Pope Emeritus Benedict XVI, real name Joseph Ratzinger, resigned in 2013 due to failing health and retired to the monastery in the Vatican Gardens.

After eight years of pontificate marked by multiple crises , Benedict XVI was overtaken at the beginning of 2022 by the drama of pedocrime in the Church. Questioned by a report in Germany on his handling of sexual violence when he was Archbishop of Munich, he broke his silence to ask for “pardon” but assured that he had never covered up a child criminal.

< p>His renunciation, announced in Latin on February 11, 2013, was a personal decision linked to his declining strength and not to the pressure of scandals, had assured the former pope, a brilliant theologian but not comfortable with crowds , in a book of confidences published in 2016.

With this gesture, unprecedented in 700 years, the first German pope in modern history opened the way for his successors whose strength would come to decline . Francois, 85 and suffering from knee pain, left this possibility “open” himself.