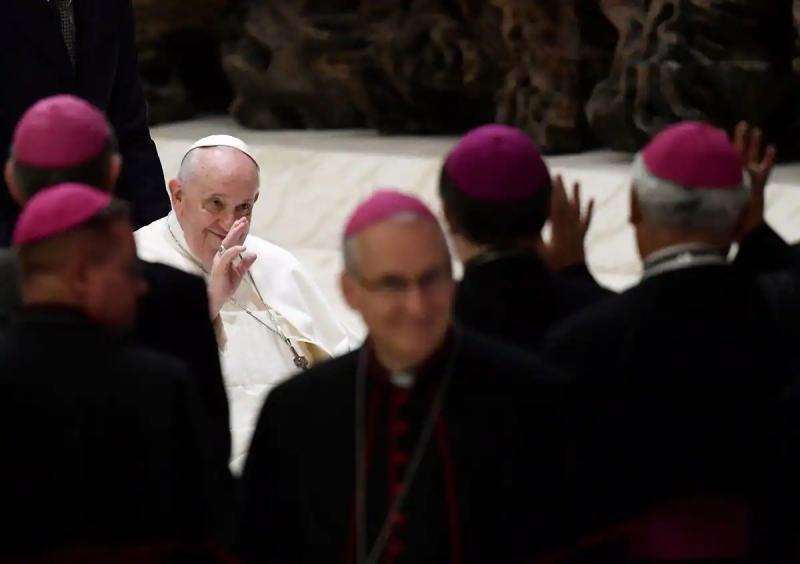 Men on the ground, from different continents and sensitive to “peripheries”: Pope Francis creates 20 new cardinals close to his line on Saturday, an additional step in the preparation of his succession.&nbsp ;

This consistory, the eighth of Francis' pontificate since his election in 2013, comes amid speculation about the state of health of the 85-year-old pope, who has been forced to use a wheelchair for several months due to knee pain and who left “open” the possibility of one day giving up his ministry.

The appointment of these high prelates responsible for assisting the pope is scrutinized by observers who see it as an indication of the possible line of the future spiritual leader of the 1.3 billion Catholics.

< p>Sensitive to minority communities, social fiber and evangelization, the Argentinian Jesuit freed himself from the traditional choice of archbishops of large cities, preferring less expected profiles.

At the end of this consistory, the first since November 2020, Pope Francis will have chosen 83 cardinals out of the current total of 132 voters, i.e. almost two thirds, the proportion necessary to elect a new pope, even if this choice is always unpredictable.

Among the notable personalities is the American Robert McElroy, bishop of San Diego in California considered progressive for his positions on homosexual Catholics in particular.

Also noteworthy is the unexpected choice of the Italian missionary Giorgio Marengo, prefect Apostolic of Ulaanbaatar (Mongolia), who at the age of 48 will become the youngest cardinal in the world.

“With simplicity and humility, I listen to people much more experienced than me,” he told reporters on Saturday, confident that he was “surprised” and “honored” by his appointment.

“It is a sign of attention for those realities which are generally considered to be in the minority (…) we know how important marginality is in the heart of the Holy Father”, he said added in reference to his country of mission.

Jean-Marc Aveline, Archbishop of Marseilles particularly committed to inter-religious dialogue, becomes the sixth Frenchman in the college of cardinals.

Other men in the field to put on the purple robe, the Nigerian Peter Okpaleke, the Brazilian Leonardo Ulrich Steiner or even Virgilio Do Carmo Da Silva, Archbishop of Dili (East Timor).

Three future cardinals already hold positions with responsibility in the Curia, the “government” of the Vatican: the Briton Arthur Roche, the South Korean Lazzaro You Heung-sik and the Spaniard Fernando Vérgez Alzaga.

As usual, all will kneel before the pope to receive their red barrette (square headdress) and their cardinal's ring. The ceremony, where France will be represented by its Minister of the Interior Gérald Darmanin, will be followed by the traditional “courtesy visit” to the Vatican, which allows the public to greet the new “princes of the Church”.

In the process, on Monday and Tuesday, a meeting will be held with 197 cardinals and religious leaders from all over the world, whom the Pope wanted to bring together to discuss the new “Constitution” of the Vatican, which came into force in June, and the future of the Church. A meeting which, indirectly, will make it possible to prepare the next conclave.

It will be an opportunity “to get to know each other better, because we come from all over the world”, as well as to discuss the “reorientation of the Curia”, said Bishop McElroy.

Jorge Bergoglio has recently accelerated his reforms of the Curia and its finances and wishes to introduce more horizontality in the governance of the Church, granting more room for women and lay people.