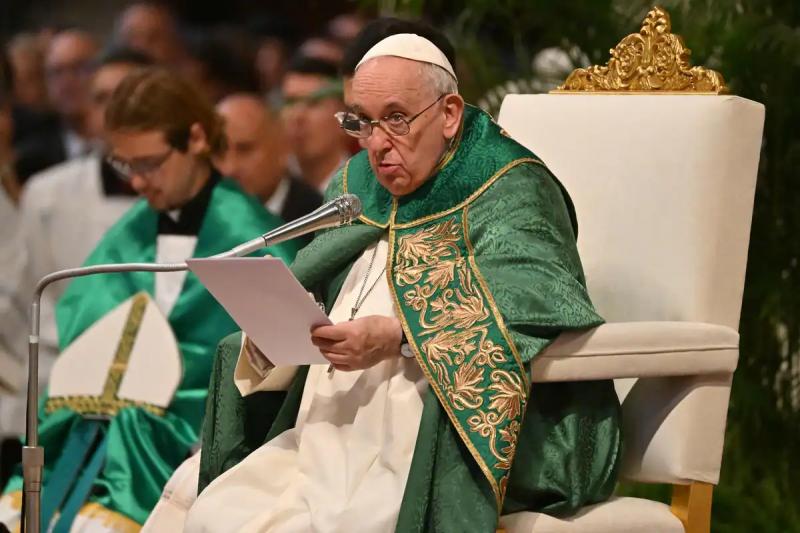 The Catholic Church must treat cases of sexual assault with “zero tolerance” reaffirmed Pope Francis, who called them a “monstrosity”, according to excerpts from an interview with a Portuguese TV channel.

“It's very clear. It's zero tolerance. A priest cannot continue to be a priest if he is an aggressor. He cannot, because he is either sick or a criminal,” the pope said during this interview with TVI/CNN Portugal, excerpts of which were published on the channel’s website.

“It's monstrous, because it destroys lives,” he added in the two-part interview which will air on Sunday and Monday nights.

Like France, an independent commission, whose work began at the beginning of the year, is responsible for investigating sexual assaults within the Church in Portugal, a country with a strong Catholic tradition.

This commission, created on the initiative of the Church, has already collected some 400 testimonies, 17 of which have been communicated to the courts, recently indicated Pedro Stretch, the child psychiatrist who heads this working group whose conclusions must be presented at the end of the year.

“I do not deny the abuses. A single abuse would already be monstrous,” admitted the Pope in this interview on Portuguese television.

The Pope also indicated that he intended to visit Portugal during the next World Days de la jeunesse, a world meeting for young Catholics which will take place from August 1 to 6, 2023.

“I am thinking of going there. In any case, the pope will go,” he said.

Initially scheduled for August 2022, WYD had been postponed for a year due to the COVID pandemic -19.