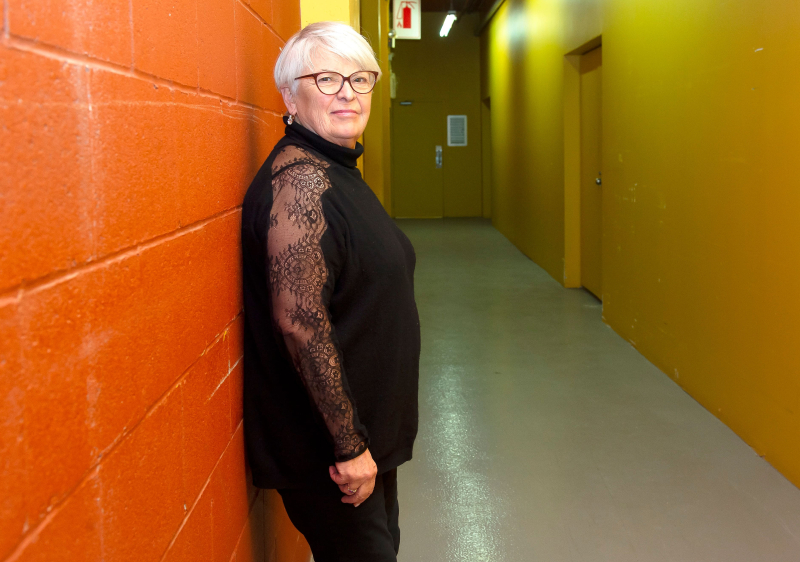 A phenomenal writer with incisive, uncompromising prose, director Brigitte Haentjens describes the shipwreck of a man, the total failure of a couple and the excesses of an entire generation in her new book , Dark is the night. From the great revolutionary ideas of the late 60s to the pathetic, booze-soaked days in a southern hotel, what the hell happened?

The couple portrayed by Brigitte Haentjens is on vacation in Mexico. The place looks beautiful, the beach is nice, the water is clear, but the male character doesn't even care. He is rather in the vapors, from morning to evening, plunged in a torpor which makes him amorphous.

The woman who accompanies him – his wife in fact – looks at him and remembers the man he was, the charismatic aura he exuded, the fascination she felt for him. He was a brilliant intellectual who spoke easily.

Both dreamed of changing the world. She remembers it down to the smallest detail: the effervescence of those years, the studies, the energy of the lives of young adults. But everything seems to have evaporated, and what is present in his mind is the memory of the humiliations, the shame, the repression which followed the euphoria of May 68.

Brigitte Haentjens chronicles the stalemate of a romantic relationship, the explosion of an era, the damage caused by influence. She asks questions that are food for thought in this remarkable novel, written over a three-year period.

“History came to me. It allowed me to go and see in universes that I did not plan to explore, in particular this universe of May 68, but it happened gradually, ”she says, in an interview.

“I think there are a lot of people looking at how far they've come. It's also about that, the book: the path you take is more important than the result, at the limit. Basically, there are no results in life. »

“I like doing this, even for myself, and I find it very positive. I try to find milestones of what I am today, or what I know today. When you're in a shipwreck, you can ask yourself the question: how did I get there? »

Brigitte Haentjens remembers the questions that arose after writing the very first scene of the book. “What did they do to get here? I started to dig, to invent their route. »

The novel is not an autobiography, she assures us, but she agrees that everyone has had their difficult moments or their failures. “The rest of them, it's like they've gone through a slow decay, actually,” she says of her characters.

“It is a shipwreck that is not brutal: it happened gradually. Maybe we get to situations like that because the evolution is slow, then at some point you have to look at what happened. Why did you sacrifice such and such for a relationship that was dead, like in this case? It's still terrible, but that's how life is.

“It’s all the more bizarre that they are psychoanalysts; they are supposed to reflect on the process! But precisely: sometimes you can do it for others… but not do it for yourself. »

The writing period was interesting. “For me, writing is never easy. But what thrills me is the work of the language, the precision of the emotional states. Psychology. »

“ We were on vacation in Mexico, the alcohol flowed like an indefatigable source, you were soaked from morning to night, in a nonchalant torpor that sometimes rocked at night come. Then you caught fire and your black eyes were streaked with stars. »