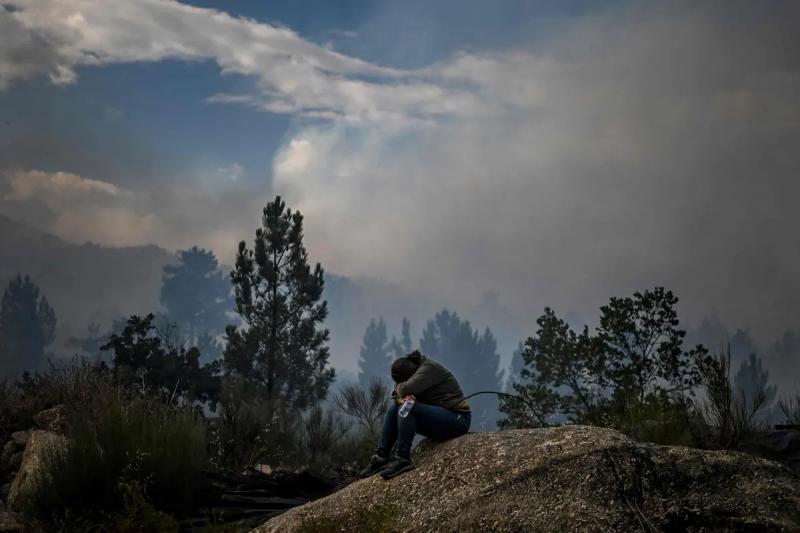 Spain and Portugal were still trying to put an end to several forest fires on Wednesday, especially in central Portugal where the blaze in the Serra da Estrela Natural Park mobilized significant resources.< /strong>

The Serra da Estrela fire, where 90% of the perimeter was declared under control at midday, continued to focus the firefighters' “consolidation” efforts, the commander said of civil protection Miguel Cruz during a press briefing at the end of the day.

On the ground more than 1,200 firefighters remained hard at work, supported by eight aircraft.

In the afternoon, another focus worried the rescue services in the region of Caldas da Rainha (center), where a firefighter mobilized on the ground died of a heart attack.

Neighboring Spain has also been facing a wave of forest fires in recent weeks favored by rising temperatures, especially in the province of Valencia (east).

The fire that has been raging since Monday in Bejis, 70 kilometers northwest of Valencia, has grown rapidly, ravaging more than 10,000 hectares, and leading to the evacuation of 1,500 people, according to regional officials.

Some 200 kilometers further south, in Vall de Ebo, the weather has offered some respite to the hundreds of firefighters who have been fighting a major fire since Saturday.

Rain and hail, which battered an area where the flames ravaged more than 11,000 hectares, however, grounded firefighting planes and their teams.< /p>

In Portugal, after being declared under control last week, the Serra da Estrela fire flared up again on Monday. An investigation has been opened to determine the causes.

The fire, which caused some 25,000 hectares of this protected area, according to provisional estimates, is already the largest this summer in Portugal. The smell of burning had even been smelled in Madrid on Tuesday.

This fire destroyed unique species in the UNESCO-recognized park, in the heart of the Serra da Estrela mountain range rising to around 2,000 meters.

Residents of the village of Orjais, at the foot of the mountains, had experienced moments of anguish on Tuesday as the flames approached their homes.

“It was chaos “, Fatima Cardoso, a 62-year-old resident, told AFPTV, telling how the inhabitants had to fight the fire alongside completely overwhelmed firefighters.

The firefighters' goal is to bring the fire under control by Friday before temperatures rise again.

“We are not yet at the end of this critical period of fires,” said warned Wednesday José Luis Carneiro, Minister of the Interior, after a meeting with officials from the Portuguese Institute of the Sea and Atmosphere (IPMA).

“We will entering a third heat wave” from Saturday “which is expected to last until September”, which promises to be a “hotter and drier month” than normal, he said.

Portugal, which is experiencing an exceptional drought this year, has already experienced the hottest month of July in almost a century.

Since the beginning of the year, some 92 000 hectares went up in smoke, the largest area since the deadly fires of 2017 which claimed around a hundred victims, according to the latest report from the Institute for the Conservation of Nature. nature and forests.