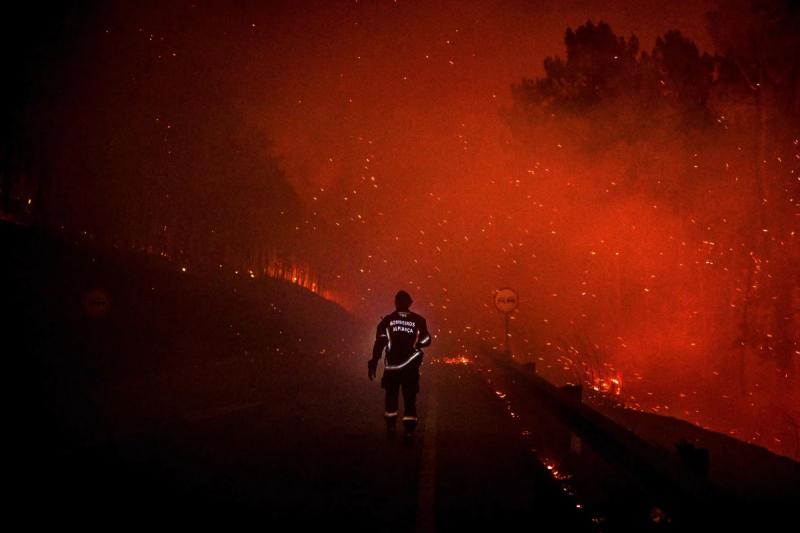 MANTEIGAS | More than 1,500 firefighters were still mobilized on Thursday morning to put out a forest fire that has been ravaging the Serra da Estrela natural park for several days, a mountainous region in central Portugal.

The city of Manteigas woke up on Thursday to the sound of a helicopter water bomber restocking at a small reservoir on the Zêzere River, only to disappear in smoke over the surrounding hills, found on places an AFP team.

The fire, which broke out on Saturday in the town of Covilha, still mobilized around ten air assets on Thursday morning in order to “continue the consolidation work” and overcome “the still active fronts”, explained the commander of the civil protection Miguel Cruz to the public television channel RTP.

On Wednesday, a campsite and a river beach in the region had to be evacuated as a preventive measure.

This forest fire, a perimeter estimated Wednesday at 25 kilometers, has already consumed some 10,000 hectares, according to the European Forest Fire Information System (EFFIS).

“We are talking about a large perimeter” but we “are going to do everything to control this fire as quickly as possible,” said Commander Cruz.

The Serra da Estrela Natural Park extends over more than 100,000 hectares on the highest mountain in mainland Portugal, which culminates at some 2,000 meters above sea level.

This site was classified as a Global Geopark by UNESCO in 2020 due to of its exceptional geological heritage.

The mayors of several municipalities affected by these fires, which have already caused several minor injuries among firefighters, have criticized in particular the poor management of resources on the ground.

“There are supposedly a lot of resources” but “we don’t see them”, lamented Sergio Costa, mayor of Guarda (north) in statements to RTP.

Flavio Massano, mayor de Manteigas, had for his part criticized the poor management of air resources at the beginning of the week, believing that the relief had above all sought é to protect the passage areas of the cycling tour of Portugal, to the detriment of the forest.