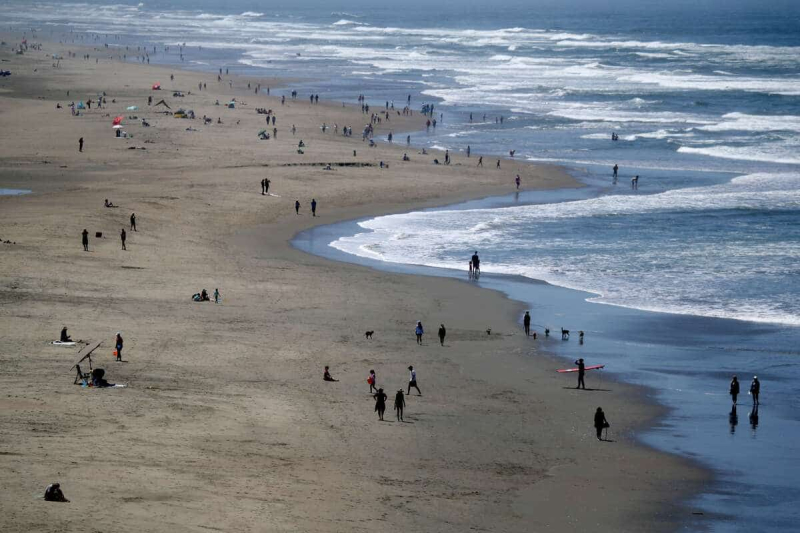 This powerful low pressure system is expected to hit the Pacific coast of the United States on Wednesday and Thursday, and authorities are calling on residents to prepare.

“This is truly a brutal system and should be taken seriously,” the US Weather Service (NWS) warned.

According to the NWS, the storm will cause “large floods, submerged roads, landslides, falling trees, large power outages, immediate disruption of trade and worst of all, probable loss of life. »

Hardly hit by drought for years, the west coast has been hit for several weeks by a series of storms, which have caused near record rainfall in some places.

Parts of northern California are still suffering from the aftermath of a powerful storm that swept through New Year's Eve, causing landslides and power outages. At least one person died after being trapped in their car by flooding, authorities said.

December 31, San Francisco recorded the second wettest day in its history since the launch of this measure, with 14 centimeters of precipitation.

On Tuesday, a fine rain had already reached California. Precipitation is expected to intensify significantly Wednesday and Thursday, with nearly 13 centimeters of rain expected in the state capital, Sacramento.

The NWS warned on Twitter of “the risk of large flooding and wind damage” in San Francisco Bay and the Central California Coast.

The agency advises residents of threatened regions to prepare an “emergency bag” so that they can evacuate quickly if necessary, and warns of potential mudslides or landslides.

Expected rain originates from an “atmospheric river”, a narrow band in the atmosphere that carries huge amounts of moisture from the tropics.

These rivers of the sky, which concentrate volumes of vapor from water equivalent to the liquid transported by certain large terrestrial rivers, are far from exceptional in winter in California.

But the current phenomenon is accompanied by a “low pressure bomb”, a system able to drop the pressure brutally and very quickly, thus generating very violent winds.

While these torrential rains are welcome given the drought that has hit the American West for two decades, they are not enough and can prove problematic, according to meteorologist es: Dry soils find it difficult to absorb a deluge of water and this causes flash floods.