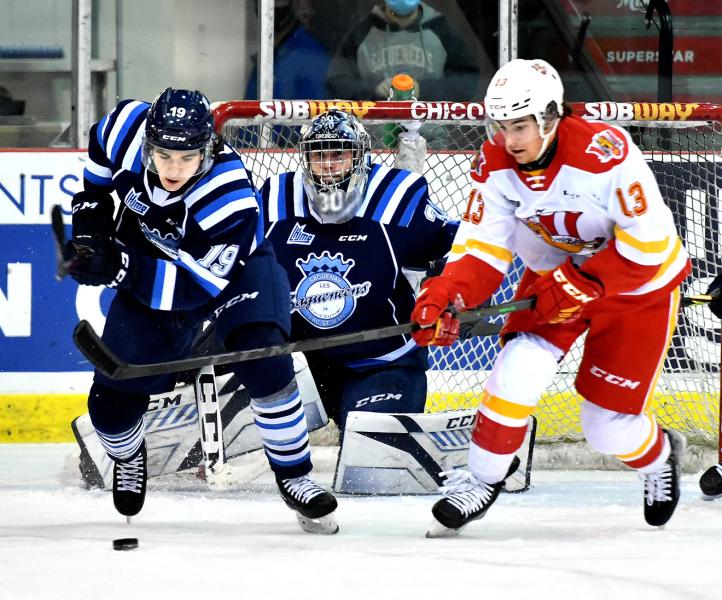 After a very eventful summer, the Chicoutimi Saguenéens were able to reunite with their fans for their second preseason game, Tuesday, at the Center Georges-Vézina. For once, the Sags crushed the Baie-Comeau Drakkar 8 to 0.

A book to honor the 50th anniversary of the franchise, a draft bringing together 13 choices and a few exchanges here and there, the management of Chicoutimi has been busy during the summer.

While the selection camp is in full swing, it is a mix of veterans and rookies who presented themselves in front of the Drakkar.

In his second season in Saguenay, Andrei Loshko opened the scoring following a surplus. The latter was well started in the neutral zone by Étienne Tremblay-Mathieu and rookie Maxim Massé.

At the start of the second period, Jonathan Desrosiers doubled his team's lead. Well positioned in the enclave, the defender had only to jump on the disc.

Despite the importance of the game for some players, the first half of the match was quiet. However, after 30 minutes of play, the animosity took over when numerous scuffles broke out in front of the goalkeepers' cages.

Very effective for their side, they swapped places in the middle of the period median.

At the very end of it, Loshko scored his second goal of the game. He made it 3-0 with a major league wrist shot.

The Blues increased their dominance in the third period. Étienne Tremblay-Mathieu, Félix Bédard, Marc-Antoine Séguin and Emmanuel Vermette (two goals) added their names to the scoresheet.

Ten rookies, including four defensemen, were part of the full roster of Bryan Lizotte, assistant general manager of Yanick Jean.

Chicoutimi's first pick in 2022, Maxim Massé picked up two points in his first game in the blue and white uniform.

Other youngsters like Marek Beaudoin and Zach Boulianne stood out thanks to their speed and forechecking.