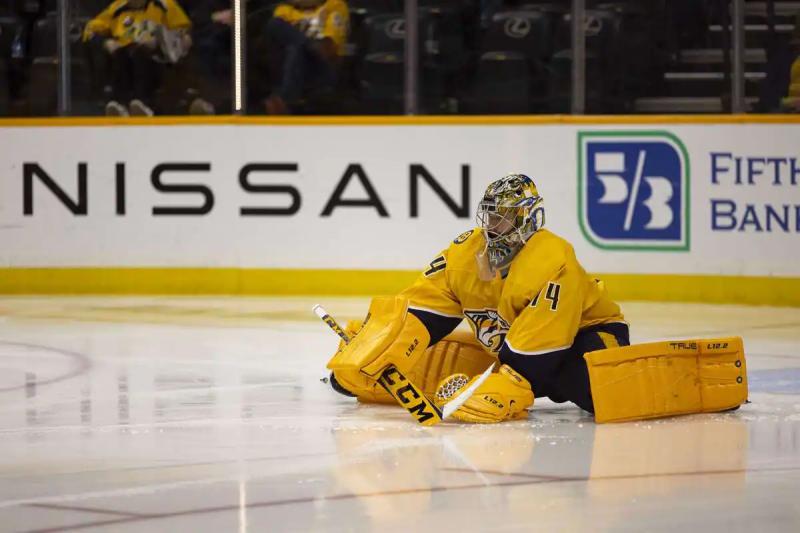 The Nashville Predators' trusted goaltender, Juuse Saros has received praise from one of the club's founding pillars in Tomas Vokoun.

Stability has always been present in nets for the Tennessee team. Selected in the expansion draft with the Montreal Canadiens in 1998, Vokoun spent eight seasons in Nashville. He was then replaced by Pekka Rinne, who was the number 1 goalkeeper for 13 seasons.

Saros has now taken over and is expected to keep his job for a while, finishing third in the ballot for the Vézina trophy at the end of the last campaign. As an observer, Vokoun really likes what he sees of the Finns.

“He's very, very good,” Vokoun said in an interview with the Predators' official website on Saturday. I would definitely place him in the top 10 goalkeepers for sure. He is incredibly fast, he has good reflexes and his game is unreal. I honestly think if he were two inches taller, he'd probably be the best goalie in the league.”

Saros, at 5'11″ , is indeed one of the smallest goalkeeper of the circuit. However, according to Vokoun, his technique is irreproachable. So the performance of the team in front of him matters little in his performance.

“Either you have it or you don't, and he obviously delivered the goods,” Vokoun said. And I personally love the way he plays – staying on his feet and all of his recoveries. He's a very active goalie with good skating and all that.”

“I think goalkeepers like that can be successful in any team. You could play on the best team in the league and be very successful or you could be on the worst team and be successful just because your game is so solid and you can deal with a lot of situations without needing to rely on your team [for success].”

Hockey has also changed over the years, so the greatness of goaltenders is perhaps a little less important than in the past.

“Before, you always had a 6’5”, 230lb guy in front of the semi. Now the game has changed and you need to move faster from east to west. Maybe you don't get as much traffic and battles in net.”

Vokoun played 15 seasons in the National League, including eight with the Pradators. He is 300-288-78 with a 2.56 goals-against average and .917 save percentage in 700 games with the Habs, Predators, Florida Panthers, Washington Capitals and the Pittsburgh Penguins, from 1996 to 2013.

Saros, for his part, will start his eighth season with the team this fall.