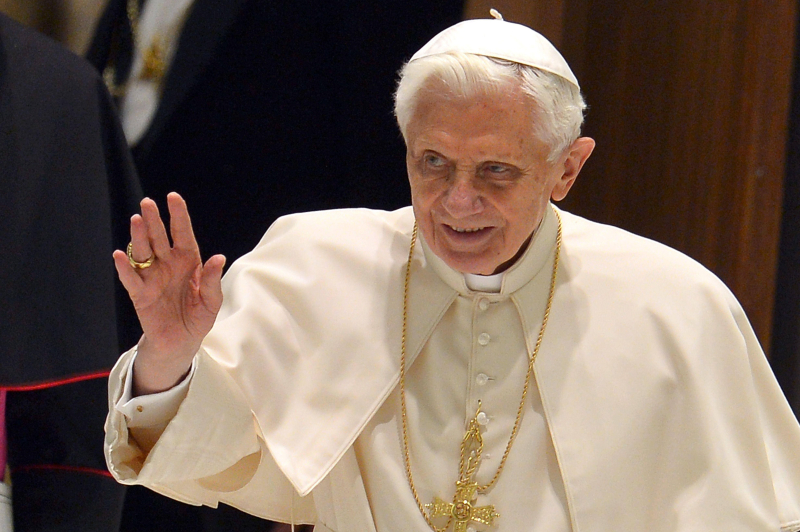 When a pope dies, funerals and succession are settled like clockwork, but the Vatican ventures into terra incognita as it prepares for the demise of Benedict XVI, who recently resigned ten years.

Usually, the death of the sovereign pontiff triggers the rapid convocation of a conclave during which the cardinals elect his successor. A scenario necessarily excluded in the case of Benedict XVI since Francis already succeeded him in 2013.

So which protocol to choose? The Vatican authorities have been working on this since the sudden deterioration in recent days of the state of health of Joseph Ratzinger, who surprised the whole world by becoming the first pope to resign in six centuries.

But they are working in the greatest secrecy and have for the moment revealed nothing of their intentions.

According to the Apostolic Constitution promulgated in 1996 by Jean- Paul II, a pope must be buried between four and six days after his death.

The calendar is usually decided by the cardinals who come from all over the world for this occasion. They also observe nine days of mourning in homage to the deceased pope, a solemnity bearing a Latin name: the “novemdiales”.

It is traditionally the cardinals – among whom the future pope is elected – who are at the maneuver due to the power vacuum created by the pontiff's death, but this is not the case here since Pope Francis is firmly at the helm.

In 2005, the body of John Paul II, the last pope to have died, was exposed before a solemn funeral in Saint Peter's Square in the presence of numerous heads of state and government and crowned heads. The ceremony was presided over by Cardinal Joseph Ratzinger, then all-powerful head of the Congregation for the Doctrine of the Faith who would later be elected by his peers to the throne of Saint Peter.

One million people had attended the funeral of the very charismatic Polish pope.

As a former pope, Benedict XVI should also have a funeral in St. Peter's Square, unless otherwise instructed by him.

Although his popularity never reached that of John Paul II, the German pope, head of the Catholic Church from 2005 to 2013, is a former head of state and as such his burial should attract a crowd of high dignitaries and faithful.

His official biographer, the German journalist Peter Seewald, had revealed in 2020 that he wanted to be buried in the tomb of John Paul II, in the crypt of Saint-Pierre. This tomb has been empty since the transfer of the coffin of John Paul II to a side chapel on the occasion of his beatification in 2011.

For Bishop Claudio Magnoli, Vatican expert in liturgy interviewed by AFP, “the rite provided for the funerals of the popes will be respected, given that Ratzinger was pope”.

“The essential difference is that they could be presided over by a pope in office, that is to say (the Argentinian pope Jorge) Bergoglio, whereas until now this role fell to the dean of the cardinals or to another cardinal”, he underlined.

Whatever the option chosen, the last word will go to Francis.

When a pope dies, his pontifical ring, a ring made especially for each new pope that was once used as a seal for documents, is also destroyed.

For Benedict XVI, the ring was only crossed out with an “X” on the papal arms after his renunciation, to make it unusable.