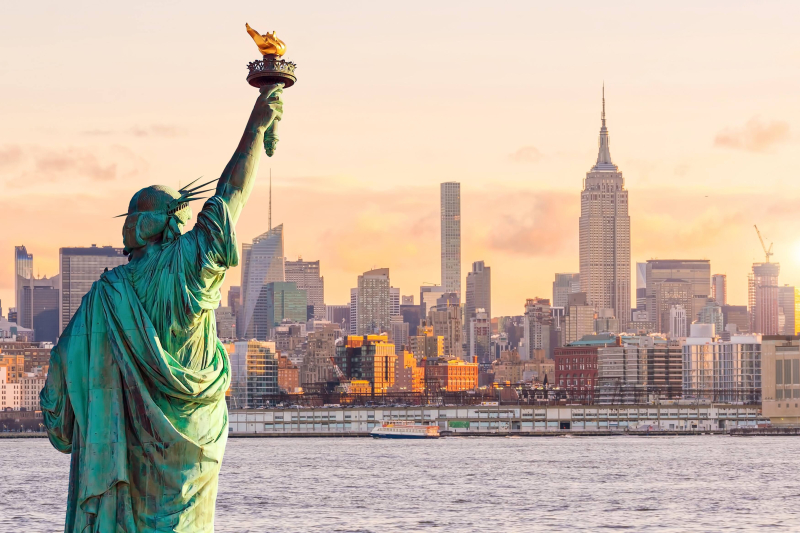 New York is, for the first time, at the top of the ranking of the most expensive cities in the world, tied with Singapore, a regular in the first place, propelled by the global crisis of the cost of living , according to the weekly The Economist.

“Prices have soared 8.1% on average over one year (in local currency) in 172 major cities around the world, the largest increase recorded for at least 20 years”, according to the 2022 cost of living report , published Thursday by the British review.

These increases reflect in particular the impact of “the war in Ukraine and the persistent restrictions linked to the pandemic (which) disrupt supply chains” and affect in particular “energy and food”.

< p>The strength of the dollar in recent months, a safe haven in times of crisis, has pushed US cities up the rankings, because this is done after converting prices into US currency: its rise is therefore automatically reflected in lower prices outside the United States.

Moscow and St. Petersburg have seen their prices soar and jump in the rankings – the Russian capital moves up 88 places to 37th position – under the effect of Western sanctions and a dynamic energy market which supports the ruble, reports The Economist.

But most other European cities are falling, as the energy crisis and weakening economies have weighed on the euro and local currencies. Paris thus lost four places, to ninth position, while Lyon tumbled 34 places, to 90th.

The fastest price increases were those of gasoline (as in 2021), which rose 22% in local currency on the heels of crude oil prices, but also electricity, food and basic household items.

In contrast, leisure prices are remained subdued, “which may reflect weaker demand as consumers focus spending on essential goods,” according to The Economist, based on a survey conducted between August 16 and September 16.