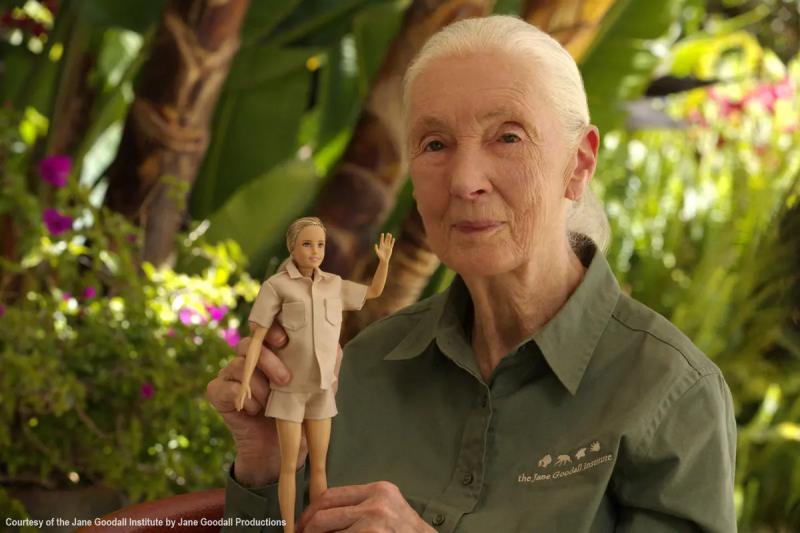 The famous British primatologist Jane Goodall now has a Barbie in her likeness, unveiled her American manufacturer Mattel, which ensures that the doll is partly made using recycled plastic.&nbsp ;

The toy is accompanied by miniature binoculars, a small blue notebook and above all the famous chimpanzee David Greybeard (literally “Greybeard”), thanks to which Jane Goodall was able to determine for the first time that these primates were able to use tools.

“I've been suggesting for a long time that girls don't just want to be movie stars,” the scientist rejoiced, assuring that “many of them , like me, want to be in nature studying animals”.

Mattel is not at his first attempt when it comes to of feminist or inspirational dolls.

Before Jane Goodall, the manufacturer had already released barbies in the image of tennis champion Naomi Osaka, co-creator ice of AstraZeneca's Covid vaccine Sarah Gilbert, or even an anonymous model of “robotics engineer”.

“During my childhood, there were no female role models”, confided Jane Goodall. “My heroes, my role models were Tarzan, Doctor Dolittle… There were no women doing the kind of things I wanted to do.”

To little girls who like her would like to change things, the primatologist recommends to “go for a walk in nature, learn to love it and then protect it”.