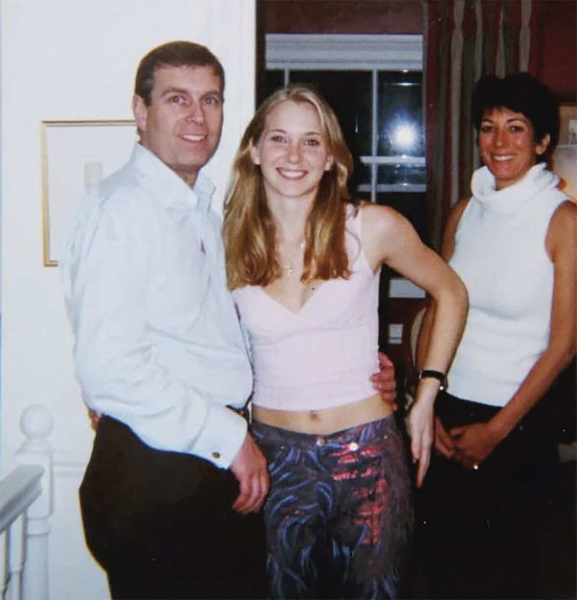 Ghislaine Maxwell, sentenced in June in New York to 20 years in prison for sex trafficking of minors on behalf of the deceased American financier Jeffrey Epstein, claims in an interview that a photo showing Prince Andrew with a 17-year-old girl is “a fake”.

The ex-British socialite gave an interview from her prison in the United States to TalkTV, a British television channel. This will be broadcast on Monday evening, but excerpts were published on Sunday.

In this interview is mentioned the photo, which had been widely circulated in the media, showing Prince Andrew, the brother of King Charles III, and Virginia Giuffre who are held by the waist, all smiles, with Ghislaine Maxwell in the background.

American Virginia Giuffre accuses the prince of sexually assaulting her three times in 2001, when she was 17, in London, New York and the US Virgin Islands. She claimed to have met him through Epstein.

Andrew, friend of Ghislaine Maxwell and Jeffrey Epstein, sealed an amicable agreement with her in February 2022, paying millions of dollars, which allowed him to avoid a civil lawsuit in New York, which would have been extremely embarrassing for the British royal family.

But the prince, who fell out of favor after these accusations of sexual assault, always disputed the accusations and even claimed to have never met Virginia Giuffre.

The photo is “a fake,” says Ghislaine Maxwell in the interview excerpt. “I don't believe for a second that she's real, in fact I'm sure she isn't,” she adds. had original and there is no photograph. I've only ever seen a photocopy of it,” she says again.

In an interview with the BBC in 2019, Prince Andrew had already questioned the authenticity of the photo showing him with the teenager.

Furthermore, according to The Sun on Sunday newspapersand Mail on Sunday, Andrew is considering legal options to try to overturn the deal with Virginia Giuffre.

Andrew “will seek to have the multi-million pound deal with his sex accuser overturned, after the failure of his lawsuit against a well-known American lawyer”, writes the tabloid The Sun. The Duke of York would be in contact with his American lawyers.

“He hopes to obtain a retraction, or even an apology, which could allow him to resume his royal duties,” writes the newspaper.

According to an anonymous source quoted in the tabloid, Andrew “never wanted make a deal and has always maintained his innocence.”

Andrew, the third child of Elizabeth II, was banned from all official public appearances and deprived of his military titles as a result of this affair.&nbsp ;

He is the most unpopular member of the royal family: according to a December YouGov poll, 86% of Britons have a negative opinion. ve from him.