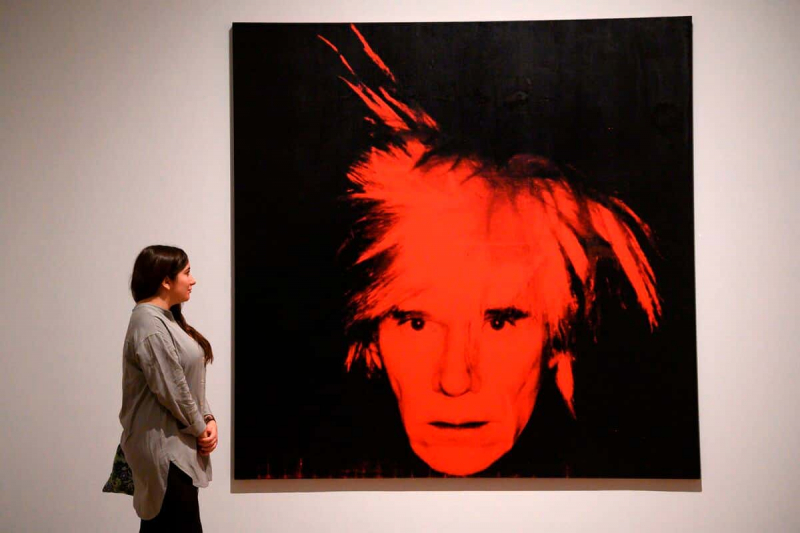 The justices of the United States Supreme Court played humorous art critics on Wednesday in an attempt to unravel a complex copyright case related to portraits of Prince by Andy Warhol.

Steven Spielberg, Piet Mondrian, Stephen King or Darth Vader… far from their arid manuals of law, the nine wise men drew on their general knowledge to measure the potential repercussions of their decision for the art world.

At the heart of the conflict: sixteen screen-printed portraits made in 1984 by the “Pope of Pop Art” from a photo of the legendary musician taken three years earlier by Lynn Goldsmith, renowned for having immortalized many rock stars .

The photographer, who was in the public on Wednesday, asked for copyright from the Andy Warhol Foundation, which refused them. After contradictory decisions by the courts, the Supreme Court must decide between them.

In passing, it must clarify the law of intellectual property in terms of so-called “transformative” works, that is to say which borrow from a first work to end up with an original creation.

Despite the seriousness of the stakes, the hearing aroused many bursts of laughter, especially when the very conservative judge Clarence Thomas confided to being “a fan of Prince”. Chief Justice John Roberts baffled a lawyer with his mastery of abstract art, while magistrate Amy Coney Barrett seemed ready to debate the meaning of 'Lord of the Rings'.

The file at the heart of their exchanges finds its source in 1981. Lynn Goldsmith proposes to the weekly Newsweek to draw the portrait of a musician who begins to break through . She takes several black and white shots of the young man with fine features.

In 1984, the album “Purple Rain” propelled Prince to stardom. Vanity Fair magazine wanted to devote an article to him and asked Andy Warhol to paint his portrait in the style of his famous colored engravings of Marilyn Monroe or Mao.

For 400 dollars, Lynn Goldsmith authorized the magazine to use one of his photos for the exclusive use of this article. Titled “Purple Fame,” the text is accompanied by Prince's face, purple skin and jet-black hair, against a bright orange background.

The story would have ended there if Andy Warhol had not declined this photo in all tones to create a series of 16 portraits of the musician, whom he admired for his talent and his androgynous style.

Lynn Goldsmith discovered their existence in 2016 when Prince died, when Vanity Fair published an image of the “Minneapolis Kid” taken from his photo, but all orange this time.

She then took contact with the Andy Warhol Foundation, which has managed the artist's collection since his death in 1987, to claim rights, opening the door to an intense legal battle.

In 2019, a trial judge ruled in favor of the foundation, finding that Andy Warhol had transformed the message of the work.

For him, Lynn Goldsmith focused on showing Prince as a a “vulnerable, uncomfortable” person, while portraits of Andy Warhol underline his status as an “icon, larger than life”.

An appeals court, however, invalidated his reasoning , believing that the judges could not play “art critics and analyze the intentions and messages of the works”.

This debate was replayed on Wednesday at the Supreme Court, where John Roberts, in particular, insisted that the portrait of Andy Warhol was not intended “to show what Prince looks like, but to give a perspective on his status as a celebrity”.

Ms Goldsmith's lawyer, Lisa Blatt, tried to show the “craziness” of this criterion: “I assure you that a photoshopped photo of me does not look the same at all message than an authentic one”.

“It is false”, retorted the magistrate, provoking the laughter of the public. “It will be two photos of the same woman, who maybe just look a little better in one…”

The judges seemed to want to move beyond the “meaning” issue, however. while also asking that of the “use” of the two works.

Judge Sonia Sotomayor noted that the “Orange Prince” was intended to illustrate an article, as a photo of Lynn Goldsmith would have done , and therefore had “commercial use”. “If it had been used in a museum, it might be different,” added his colleague Brett Kavanaugh.

Their response is expected by June 30.