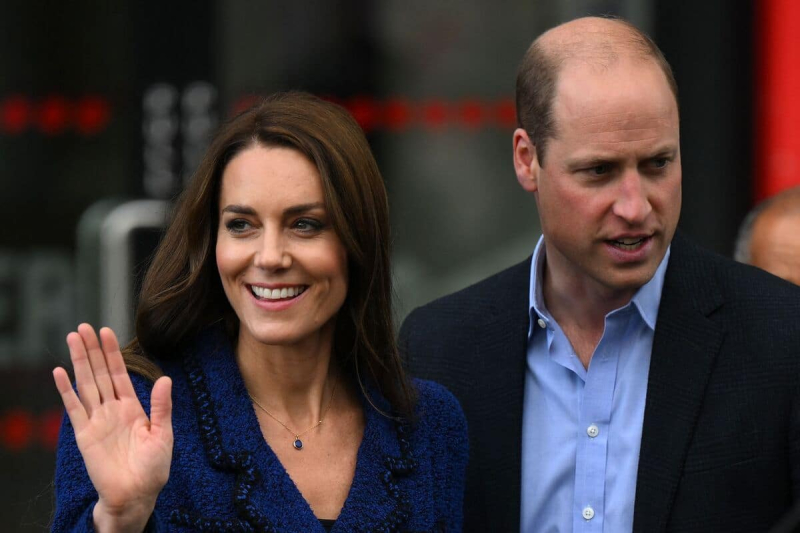 Prince William and his wife Kate are due in the United States on Wednesday for their first visit in eight years, an opportunity for the most popular couple in the royal family to shine a shine on the British Crown after the death of Queen Elizabeth.

This three-day visit, limited to the city of Boston (northeast) alone, will culminate on Friday evening with the second edition of the “Earthshot” prize created by the Prince William in 2020 to support innovative solutions to regenerate the planet. Five prizes of one million pounds each (1.16 million euros) will be awarded in five categories.

A host of stars is expected for the occasion at the MGM Music Hall in Boston, including singers Billie Eilish and Annie Lennox, sisters Chloe x Halle, Ellie Goulding and actor Rami Malek. The naturalist David Attenborough will bring his contribution as last year, as well as the actress Cate Blanchett.

It is the first overseas trip for the prince since becoming heir to the Crown following his father's accession to the throne on the death of Elizabeth II on September 8. The new King Charles III conferred on him the title of Prince of Wales and Kate became Princess of Wales.

Both aged 40, parents of three children aged 4 to 9, they apply to project a more modern and accessible image of the monarchy, but also an irreproachable sense of duty.

In Boston, in addition to a reception with Mayor Michelle Wu, the couple are due to meet with local officials on the subject of rising waters in this city on the Atlantic coast.

They will also visit a NGO working with young people in difficulty, as well as an incubator specializing in green technologies. Kate, very interested in education, will also visit the Center for Child Development at Harvard University. The prince is due to visit the John Kennedy Library and Museum, with the daughter of the former US president, Caroline Kennedy, currently US Ambassador to Australia.

Neither Harry nor Meghan

However, no meeting has been announced between Prince William and his brother Harry, who lives in California with his wife Meghan and their two young children. The two couples are notoriously cold, especially since the television interview given by Harry and Meghan (known as the Sussexes) in the United States in March 2021, which notably accused the royal family of racism.

The death of Queen Elizabeth after 70 years of reign did not bring them closer. After her death, they conceded only one chilly four-person appearance at Windsor Castle to admire the flowers laid in tribute to the sovereign.

The press on both sides of the Atlantic never tires of opposing them.

During their visit, William and Kate will have to deal with the shadow of the Sussexes, who are more popular in the United States than they are in the United Kingdom.

On December 6, Harry and Meghan are to receive an award at a gala in New York, recognizing their humanitarian commitment, by the Robert Kennedy Foundation. In December is also expected their documentary on Netflix. And Prince Harry's memoir, 'The Substitute', is scheduled for worldwide release on January 10: a book of “raw honesty” according to the publisher, which the British royal family awaits with apprehension.

Hence the importance of William and Kate's trip to the United States, to represent the British Crown with gravitas, dignity and glamour.

Their last trip abroad, a tour in the Caribbean in March, had been marred by mistakes and hostile protests, and the couple had been asked to apologize for the UK's slave past.

Their last trip to the United States dates back to 2014, when they traveled to New York and Washington where Prince William met former President Barack Obama.

William and Kate, then newlyweds, also met returned to California in 2011.