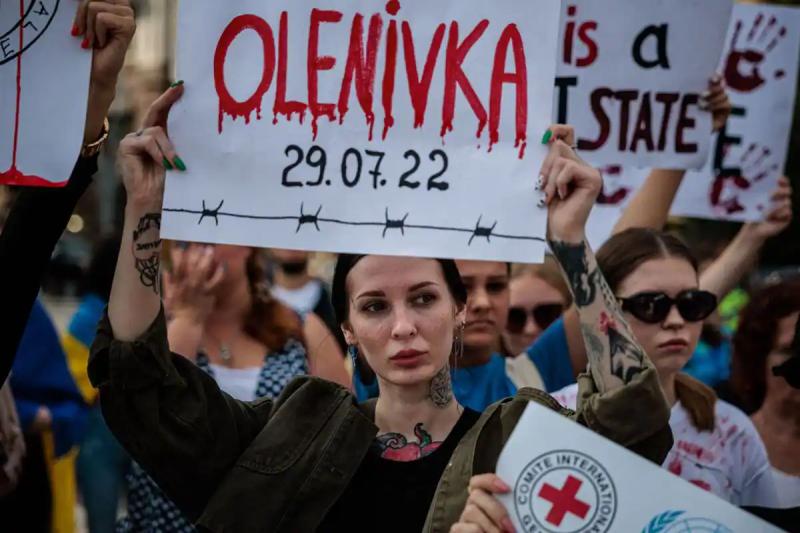 The White House on Thursday accused Russia of preparing to create false evidence to accuse Ukraine of bombing a prison where dozens of Ukrainian prisoners of war died and which is located in territory controlled by the Russian army.

“We expect Russian officials to attempt to tamper with evidence to attribute the strike on Olenivka prison on July 29 … to Ukrainian armed forces,” the White House spokesman said. for strategic matters, John Kirby.

“We believe that the Russians will try to accuse the Ukrainian armed forces before the arrival of journalists and potential investigators at the site of the attack,” he added, referring to information obtained by the services. American intelligence but not made public.

According to Mr. Kirby, Washington thinks that the Russian authorities will incriminate a Himars missile, a high-precision artillery system delivered by the United States and which has become vital for the Ukrainian war effort, by disposing of missile fragments allegedly found in the rubble.

More than 50 Ukrainian prisoners of war were killed in the destruction of this prison located in the Donetsk region. These included fighters who had surrendered after weeks of siege of the Azovstal factory in Mariupol.

Moscow accuses kyiv of having bombed this prison camp, which the Ukrainian authorities deny , who conversely claim that these detainees were massacred by Russian forces.

Russian public television broadcast images presented as those of charred barracks and destroyed metal bed frames. She showed blurred images of what appear to be human bodies.

UN Secretary-General Antonio Guterres announced on Wednesday an investigation to uncover the “truth.”

Investigators of the International Committee of Red Cross said on Wednesday that they still have not received official permission to access Olenivka prison.

“To date, we have not been granted access to prisoners of war affected by the attack and do not have the security guarantees required for such a visit”, indicated the ICRC, which has teams in the vicinity because it has been present in Donetsk since 2014 and the start of hostilities between forces Ukrainian and pro-Russian separatists.

“We will continue to demand access to prisoners of gue rre who are or were detained at Olenivka, as well as at any other place where prisoners of war are detained, guided by our humanitarian commitment and by our mandate under the Geneva Conventions. organization.