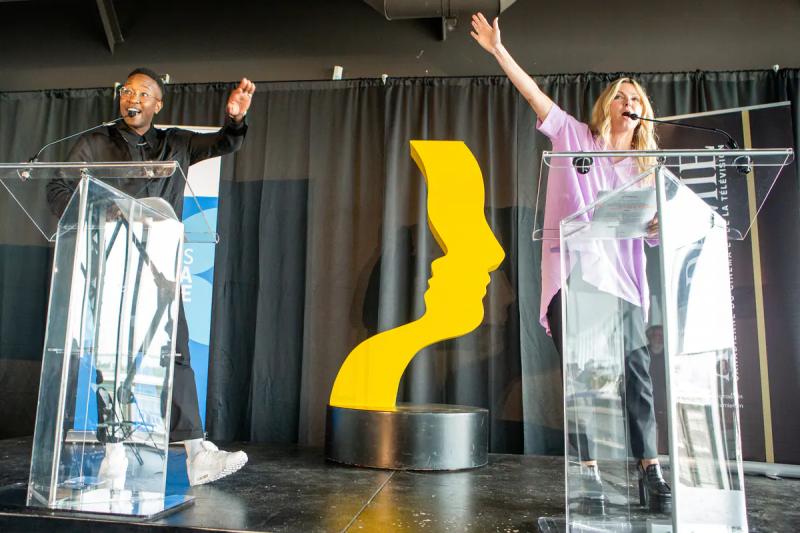 The 20 productions in the running for the Cogeco Fund Gémeaux Audience Award were unveiled on Thursday ahead of the 37th Gémeaux Awards, a gala that will be broadcast on September 18, at 8 p.m., on ICI Télé.

The titles selected from the first phase of voting, during which people announced their three TV and digital favorites broadcast this year, are:

– “Audrey is back” – Pixcom Productions

– “That's how I love you” – season 2 – Casablanca Productions

– «Live from the universe» – Attraction

– “A zoo like no other among the grizzlies” – Sphère Média

To determine the winner, the public will be able to make their choices known from Monday, September 12, at 9 a.m., online [prixdupublicfondscogeco .that]. Voting will end on September 18 at 9 p.m.