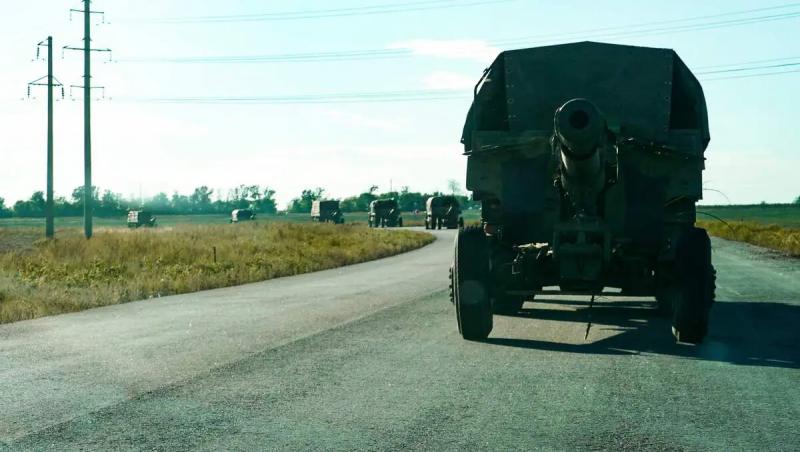 Pro-Russian authorities accused Kiyv forces of firing a missile on Sunday at a hotel in Kherson, a Russian-occupied city in southern Ukraine, killing two people, including a former deputy.

These claims could not immediately be independently verified.

“Today, at approximately 05:30 (02:30 GMT), the Armed Forces of Ukraine fired a missile at the Play Hotel by Ribas” in Kherson, the Russian occupation regional administration said in a statement.

< p>“According to preliminary data, two people died in this terrorist act,” she added. “Rescue workers are still digging through the rubble looking for victims.”

A Russian regional administration official, Kirill Stremoussov, claimed that a former Ukrainian deputy, Oleksiy Jouravko, a pro-Russian sympathizer, was among those killed.

According to pro-Russian authorities, this hotel also housed Russian media reporters at the time of the strike. The Russian state channel RT published images showing, according to it, one of its cameramen being extricated from a pile of rubble.

The announcement of this strike comes as the pro-Russian authorities in four areas controlled by Moscow in Ukraine, including in the Kherson region, have been organizing “referendums” since Friday to ratify an annexation of these territories by Russia.

These polls, described as “ shams” by kyiv and its Western allies, are due to run until Tuesday.

The city of Kherson fell under the control of Russian forces at the start of Moscow's offensive into Ukraine in late February.

It is located in an area where kyiv forces have been carrying out a large-scale counter-offensive for several weeks.