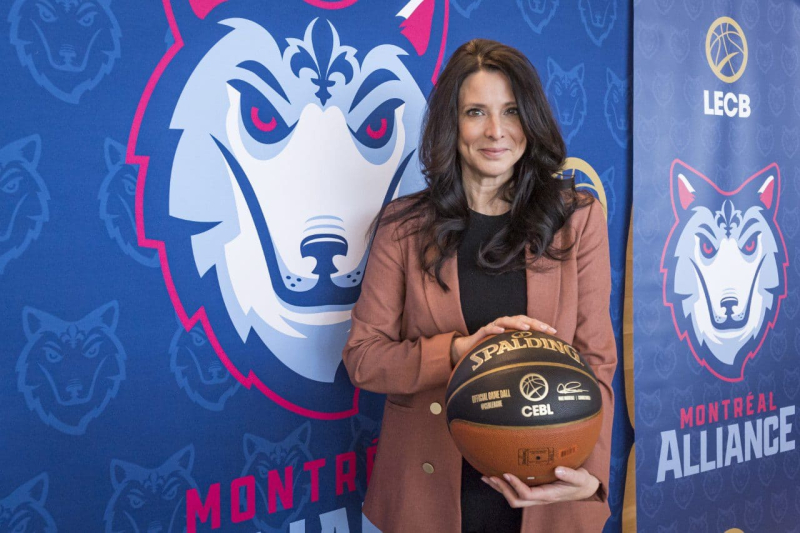 There was a time when Montreal was struggling to host a professional basketball club. And now there will be two…

The name and logo of this new formation will be unveiled on Thursday at a press conference. It has already been agreed that the local games of this team will be played at the Center Pierre-Charbonneau.

Officially, we will say that the more basketball there is in Montreal, the better it is for the sport. Reality ? It will be necessary to see to what extent the two teams can coexist while maintaining notoriety.

“I think the two can live together, reacted Annie Larouche, vice-president of operations for the Alliance, when reached by telephone on Monday. They are two different teams, in two different leagues. It will be up to us to get it right, and then it will be up to them to simply promote their team and their league. What is positive in all this, it puts basketball forward.

In its first season, in 2022, the Alliance finished last in the LECB with just four wins in 20 games. Montrealer Joel Anthony, a former NBA player, remains the team's general manager while discussions continue regarding the possible return of coach Vincent Lavandier.

Quebecer of Congolese origin Igor Rwigema, who has already proven himself by founding the Basketball Academy in Thetford Mines, will also be the coach of the TBL team. Juan Mendez is the general manager and owner. A request for an interview was declined by representatives of the new club pending Thursday's press conference.

Remember that the Alliance plays for its part at the Verdun Auditorium while the activities of the LECB, a summer league, begin a little later in the year, in May. However, there is a time when the two teams will be in action at the same time, especially during the TBL playoffs.

“We are in a lot of hypotheticals at the moment,” agreed Larouche. , who is not overly concerned about recruiting players.

About the Basketball League, the circuit already includes formations in more than forty cities, mainly in the United States. There are 24 games per club, including 12 at home, between March and June.

In Quebec, the Alma Academy, located in Lac-Saint-Jean, must also join “The Basketball League” for the next season. After a tryout in January, the composition of the new Montreal club should be announced at the end of February. According to the league's website, the average salary for TBL players ranges from $500 to $5,000 per month. In the LECB, it is estimated that a player earns, on average, around $800 per game.