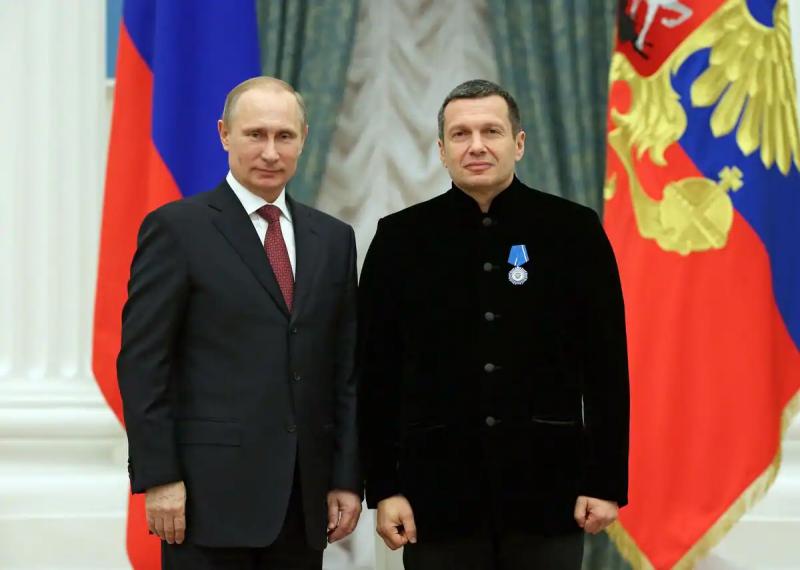 A Russian propagandist, Vladimir Solovyov, made quite provocative remarks towards German Chancellor Olaf Scholz, during his flagship evening broadcast on Russia's main channel.

“Russia 1”, this television channel financed entirely by the Kremlin, must keep the discourse conveyed by the Russian authorities and call what is happening in Ukraine a “special military operation”.

< p>Panelists on the talk show often make inflammatory statements about Ukraine, but also about Westerners, according to “Express”.

Recently, a propagandist compared Olaf Scholz, the German Chancellor, to Adolf Hitler, responsible for the deaths of millions of people during World War II.

Scholz visited Ukrainian soldiers undergoing field training German this week. During his visit, Scholz rode a tank to talk to soldiers, among others.

The propagandist then showed an old photo of Adolf Hitler, where we see him on a tank, to support his about.

“Why did Olaf Scholz get on the tank? He came up to look like his idol!” he said, referring to dictator Adolf Hitler.

In doing so, Solovyov demanded that launched at the German military base visited by Olaf Scholz, where several Ukrainian soldiers are trained.

The German Chancellor did not comment on this inflammatory statement aimed at him.

According to Le Monde,the ratings of the main channels controlled by Moscow have fallen by 25% since the start of the Russian invasion last February.