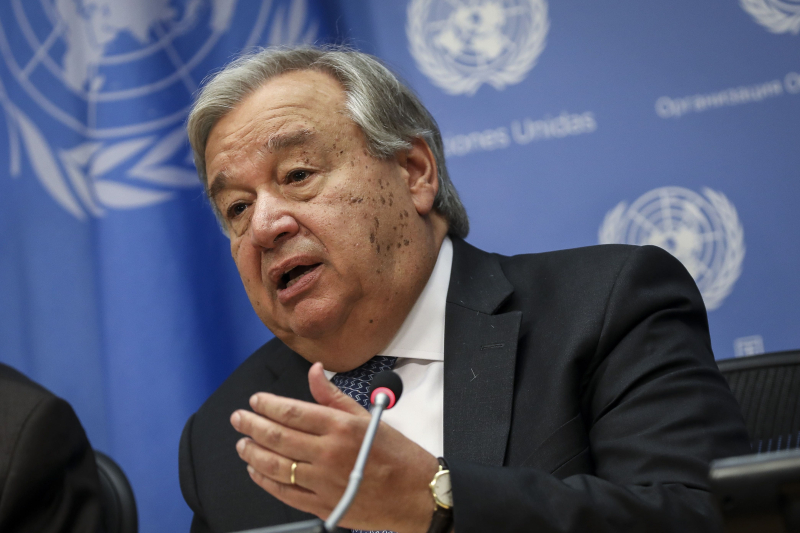 The treaty to protect the high seas is “long overdue”, the UN Secretary General lamented on Thursday, as a new round of negotiations to deliver this crucial agreement for the oceans is now scheduled for early 2023.

During a special session of the UN General Assembly to mark the 40th anniversary of the adoption of the UN Convention on the Law of the Sea, Antonio Guterres highlighted the “disastrous situation” of the oceans.< /p>

“Today, 35% of the world's fisheries are overexploited. The sea level is rising. The ocean is acidifying and suffocating due to pollution. Coral reefs, essential to life, are bleaching and dying,” he said, calling for “more ambition” to protect the oceans and all who depend on them.

< p>Among the protection tools, the treaty on “the conservation and sustainable use of marine biodiversity in areas beyond national jurisdiction”, which has been under discussion for fifteen years.

The text aims to protect the high seas, where the exclusive economic zones (EEZ) of the States stop, at a maximum of 200 nautical miles from the coast. A vast area long ignored, but which represents 60% of the oceans and conceals treasures of biodiversity

After an impossibility to conclude during what should be the last round of negotiations in March, a catch-up session in August had also failed.

A new meeting, which has yet to be formally approved by the UN General Assembly, is now scheduled in New York from February 20 to March 3, 2023, according to the dates published. Thursday on the conference website.

“This long overdue instrument is critical to restoring the health, resilience and productivity of the oceans,” commented Antonio Guterres.

“We were very close to an agreement at the last session in August (…) Now more than ever, we must show flexibility to achieve our common objective: an ambitious, universal, efficient, inclusive, fair, balanced and future-proof,” said EU Ambassador Olof Skoog.

This treaty, which excludes the seabed and its mineral resources covered by another agreement, concerns in particular the creation of marine protected areas, the carrying out of environmental impact studies and the distribution of the possible benefits resulting from the exploitation of the genetic resources of the high seas.

“An agreement is necessary, now more than ever, if we want to secure a sustainable future for our oceans,” commented Thursday with AFP Liz Karan, of the NGO Pew Charitable Trusts.