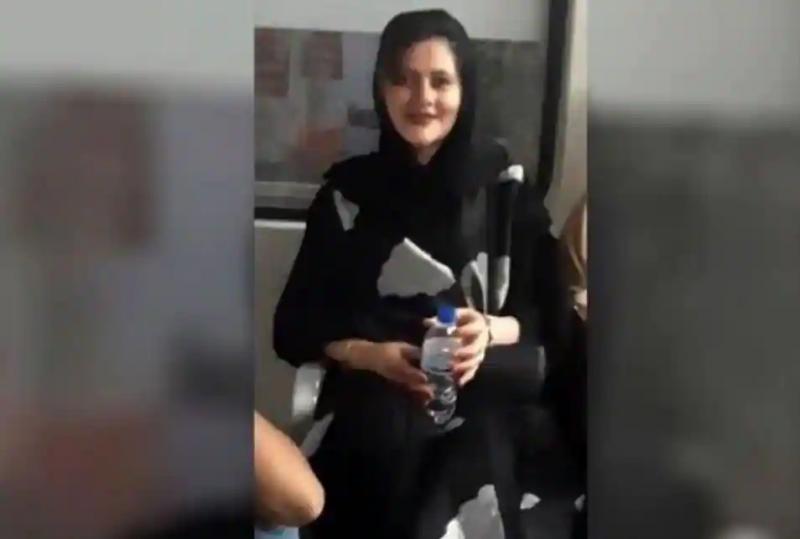 The death in Iran of a 22-year-old woman after she was arrested by vice squads has not only sparked protests inside the country, but also drawn rare criticism from senior officials officials.

Anger has grown since reports of the death on Friday of Mahsa Amini after her arrest by the police unit responsible for enforcing the strict code dress of the Islamic Republic for women, including wearing the headscarf in public.

The death in hospital of Mahsa Amini, after three days in a coma, comes amid growing controversy both inside and outside Iran over the conduct of the morality police, known officially under the name of Gasht-e Ershad, or “orientation patrol”.

Faced with the anger provoked by this death, the representative of the Supreme Leader, Ayatollah Ali Khamenei, in the province of Kurdistan, Abdolreza Pourzahabi, paid a two-hour visit to Amini's family home on Monday, according to the Tasnim agency.

This emissary told Amini's family that “all institutions would take action to defend the rights that have been violated” and that he was sure Khamenei was “equally affected and saddened” by his death.

“As I promised Mrs. Amini's family, I will follow the issue of her death until the final outcome,” Mr. Pourzahabi said.

In Parliament, MP Jalal Rashidi Koochi, quoted by the ISNA agency, declared that the morality police “do not obtain any result, except to cause damage to the country”.

“The main problem is that some people don't want to see the truth,” he regretted.

Parliament Speaker Mohammad Bagher Ghalibaf ruled on Tuesday that the conduct of this police unit should be investigated to avoid a repeat of what happened with Mrs. Amini.

“In order to avoid a repeat of such cases, the methods used by these orientation patrols (…) should be reviewed,” he told the official IRNA agency.

Even more drastic, another parliamentarian announced his intention to propose the complete abolition of this force.

“I believe that due to the ineffectiveness of the Gasht-e Ershad in understanding the culture of the hijab , this unit should be abolished, so that the children of this country will not be afraid when they come across this force,” Moeenoddin Saeedi told the ILNA news agency on Monday.

Also on Monday, an influential state-affiliated organization established in 1993 and “charged with encouraging good behavior and ending immoral activity,” said in a statement that it opposed the idea that the police confront people directly.

The Organization for the Promotion of Virtue and the Prevention of Vice “is against the process that leads to the direct confrontation of the police orientation patrol with women who wear the veil badly and to the arrest and trial of ordinary people”.

“We need to stop calling it a crime, arresting and prosecuting people who wear their headscarves incorrectly, because this has the effect of increasing social tensions. The law needs to be changed so that it is considered only an offence,” she said in a statement.

“All the behaviors and events that caused this unfortunate and regrettable incident are illegal, irrational and illegitimate,” added a senior Shiite dignitary, Ayatollah Asadollah Bayat Zanjani, on Saturday.

Sunday, the Police made arrests and fired tear gas in the late woman's home province of Kurdistan, where some 500 people had protested, smashing car windows and setting trash cans on fire.

Demonstrations took place Monday in Tehran, including in several universities, and in Mashhad, the second largest city in the country, according to the Fars and Tasnim news agencies.

These rallies in Tehran have were dispersed by “police using batons and tear gas,” according to Fars.

Tehran Governor Mohsen Mansouri said on Tuesday that the protests in the capital were “organized for the sole purpose of create trouble,” in a post on Twitter.

“ Burning the flag, pouring fuel on the roads, throwing stones, attacking the police, burning motorbikes and trash cans, destroying public property… is not the job of ordinary people,” he said. .