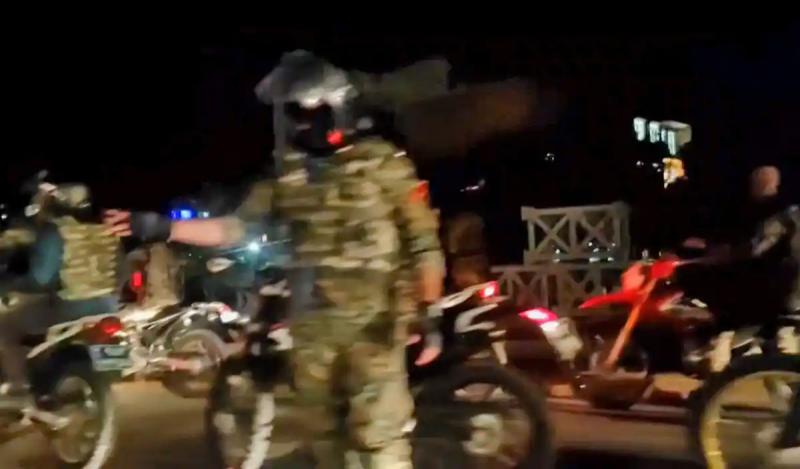 At least 92 people have been killed in Iran by the crackdown on protests that erupted two weeks ago following the death of Mahsa Amini, arrested by vice police, the report said on Sunday. NGO Iran Human Rights (IHR).

In addition, at least 41 people were killed by security forces during clashes that erupted last week in Zahedan, a city from the province of Sistan-Balochistan (southeast), added the NGO based in Norway.

“The killings of protesters in Iran, especially in Zahedan, constitute a crime against humanity,” said IHR Director Mahmood Amiry-Moghaddam.

“The international community has a duty to to investigate and prevent further crimes from being committed by the Islamic Republic of Iran,” he said.

During the “Bloody Friday of Zahedan”, the forces security forces “repressed in blood” a demonstration which broke out after prayers in the city, detailed the NGO.

The protest was sparked by accusations that a police chief in the port city of Chabahar, also in Sistan-Balochistan province, raped a 15-year-old girl from the Sunni Baloch minority, IHR said.

The identity of those killed has been confirmed by the regional NGO Baluch Activists Campaign (BAC), the IHR added, adding that at least 133 people had been killed in total during the demonstrations. in Iran for the past two weeks.

The protest erupted on September 16, three days after the arrest of 22-year-old Mahsa Amini for violating the Islamic Republic's strict dress code, which notably requires women to wear the veil.

Located on the border with Pakistan, Sistan-Balochistan is one of the poorest regions in Iran and is home to the Baloch minority who mostly adhere to Sunni Islam and not the Shi'ism that dominates Iran.

Over the past few months, activists complained about the disproportionate number of Baloch convicts executed, while hangings increase in the Islamic Republic.

For its part, Iran says that five members of the Revolutionary Guards, the ideological army of the regime, were killed in Zahedan, in what state media described it as a “terrorist incident”.