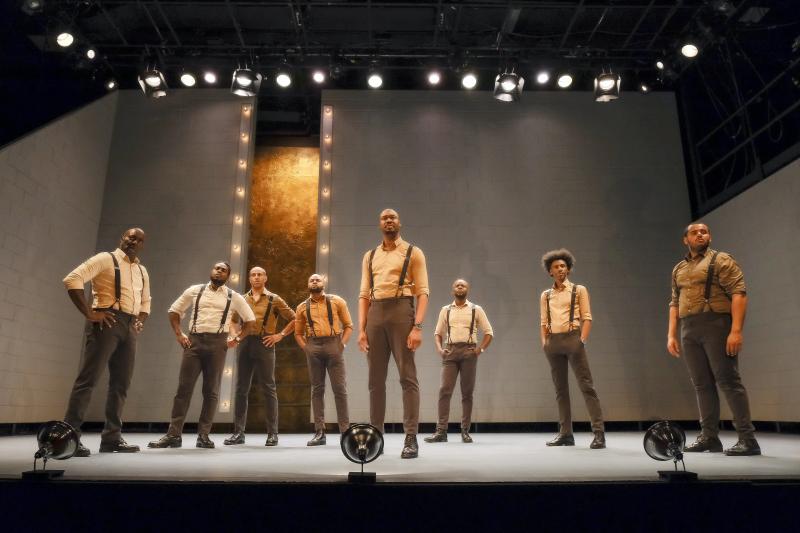 Political and demanding, the play M'appelle Mohamed Ali succeeds in ringing the audience at the Théâtre de Quat'Sous , without giving him a KO.

Played for the first time at the FTA in the spring, this proposal does not aim to seduce the spectator, but to confront him with jabs on what it is to be black and on the importance for them to remain strong and worthy.

This work by the Congolese Dieudonné Niangouna presents an African actor who is preparing to embody this sporting figure. Without telling a story, it touches on aspects of Ali's life.

In this sober but effective staging by Philippe Racine Tatiana Zinga Botao, the actors address the audience directly with few dialogues. The lyrics, sometimes delivered in unison, reinforce their unity and offer great power to the message.

The demonization of the Black as a rapist, a thief and a beast guided only by his base instincts is denounced, as is the ravages of slavery on Africa and on those who left it long ago.

The word in “ n ” uninhibited

These words are conveyed with conviction by the actors. The text is full of hard-hitting formulas and Ali's verve spices it up wonderfully. The word in “ n ” is used profusely, in an assertive way.

The form of the play, which consists of a succession of inventories of the condition of blacks in a white world and the urgency of standing up is quite heavy. The spectators find themselves somehow overwhelmed like these oppressed characters who refuse to carry this burden.

This manifest punch is therefore not in nuance, like Mohamed Ali.

A piece of Dieudonné Niangouna

On display at the Théâtre de Quat'Sous until September 21