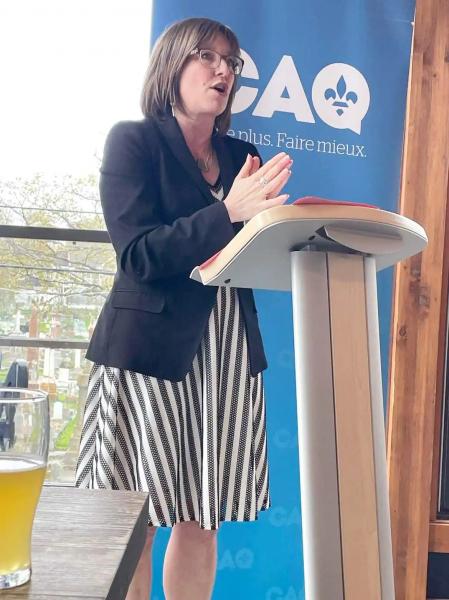 The CAQ MP and candidate Marie-Ève ​​Proulx is the subject of a new formal complaint for psychological harassment, this time for events that allegedly occurred after her retirement as minister, our Office of investigation.

According to documents filed with the Administrative Labor Tribunal (TAT), Laetitia Canova, former political attaché of Ms. Proulx in Montmagny, is at the origin of the complaint. She worked with the CAQ MP from September 2019 to January 2020.

The employee was reportedly officially fired on July 26, 2021, the date of the “last manifestation of harassment”, still according to documents filed with the TAT and obtained thanks to the access to information law. Ms. Canova also filed a complaint in connection with her dismissal.

There is currently no hearing date scheduled in the file. Contacted by our Bureau of Investigation, the alleged victim preferred not to comment since “the file is following the legal process”.

The CAQ government has also been stingy with comments: “The MP does not currently have access to information relating to this file. In doing so, it is not possible at this time to comment, “said Marc Danis, press officer for the CAQ, by email.

One thing is certain, the CAQ has already committed to re-nominating Ms. Proulx in the general election on October 3. The outgoing MP was nominated as a candidate for the troops of François Legault in mid-May in the riding of Côte-du-Sud, straddling the regions of Chaudière-Appalaches and Bas-Saint-Laurent.

In the wake of the allegations of harassment against her, Ms. Proulx had also lost her position as Minister for Regional Economic Development, while remaining a CAQ MP (see below).

“I have to come to the conclusion that she cannot remain a minister,” Prime Minister François Legault commented in May 2021.

Nevertheless, Mr. Legault said he was reassured about the situation in the riding office of the member for Côte-du-Sud. “We will closely monitor the situation. We will make sure to go and check because, for me, it is non-negotiable, ”he said.

Journal reports 14 departuresin the entourage of Marie-Ève ​​Proulx since her arrival as minister. Former employees report, on condition of anonymity, a toxic climate, involving insults, harassment and intimidation.

The Minister is the subject of a formal complaint by her former district director to the Administrative Labor Tribunal for psychological harassment. The file is settled amicably.

Marie-Ève ​​Proulx loses her post as minister due to persistent allegations of psychological harassment .

Another complaint for alleged psychological harassment is received by the Administrative Labor Tribunal, for events that allegedly took place in July of the same year.